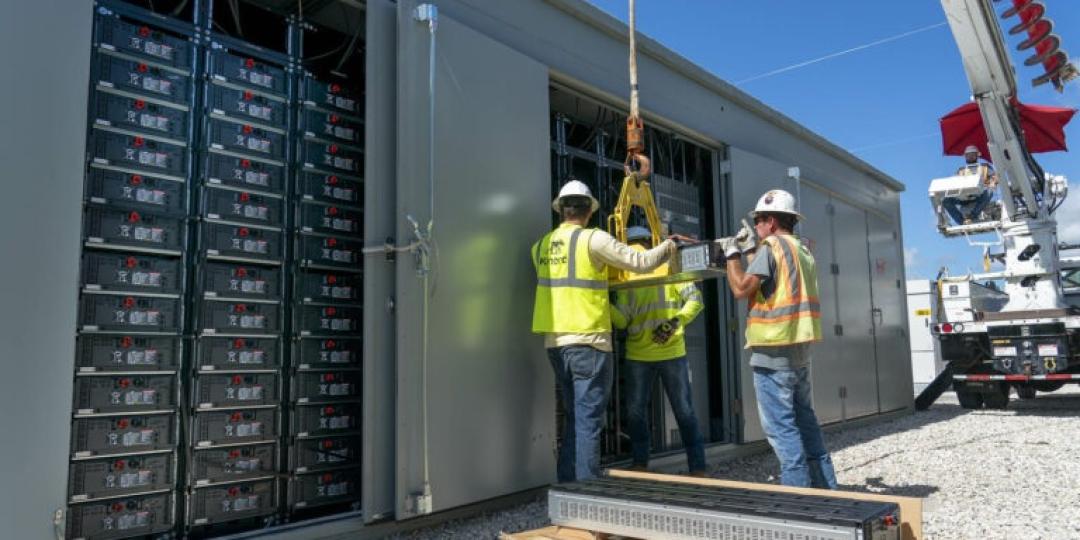 Work has been completed on the largest battery energy storage system (BESS) to have been paired with solar PV to date, with utility Florida Power & Light (FPL) holding a ceremony earlier this week.

Allowing solar energy to be used in evenings and at night or on cloudy days, the power utility company — a subsidiary of electric utility holding company NextEra Energy — has placed132 battery containers onto a 40-acre plot of land.

The BESS will charge at off-peak times with abundant solar energy and then discharge into the local grid at peak times, when power is most expensive and often at its most carbon intensive.

It will reduce the runtime of local fossil fuel power plants and will aid FPL in a plan to ease two 1970s-era natural gas power plants totalling more than 1600 MWh into retirement.

The company had previously said it would save its customers around US$100 million over its lifetime by offsetting fuel costs when the project was first announced in March 2019.

FPL president and CEO Eric Silagy said his company’s buildout of solar and battery storage projects has been cost-effective for customers, helping to keep bills lower over the long term. This was the aspect of Manatee’s unveiling that made him “most proud,” Silagy said.

“It’s been a momentous year for clean energy in Florida – FPL opened the year by formally shutting down its last coal-fired plant in the state and now we’re closing the year by shattering a world record and commissioning the largest solar-powered battery in the world,” Silagy said.

FPL forecasts that close to 40% of its power will come from zero-emissions sources by2030.

After construction began on Manatee Energy Storage Center in February, the first battery modules were installed in August and from there it has been a rapid ride to the finish line for the project.

In power terms, the project is larger than Vistra Energy’s 400 MW Moss Landing energy storage facility project in California, which is the world’s biggest standalone battery system, although in energy terms Moss Landing, with four hours’ duration (1600 MWh) is larger.

With around a third of solar projects in US grid interconnection queues planned to include energy storage as of the end of 2020, the project may be the biggest solar battery system to date but is by no means alone. Not least of all because solar-plus-storage projects in the US qualify for a federal investment tax credit (ITC) incentive, which reduces the cost of equipment by around 30%.

Two projects in California will be even bigger than Manatee when completed. Developer Clearway started work on its Daggett project in San Bernadino, California, in October, combining 482 MW of solar with 394 MW of battery storage, to be built in phases.

Meanwhile another developer, Terra-Gen, and its partners are building the Edwards Sanborn Solar-plus-Storage facility in California’s Kern County, which will include 760 MW of solar PV and 2445 MWh of battery storage.

This article was first published by Energy Storage News, December 2021.