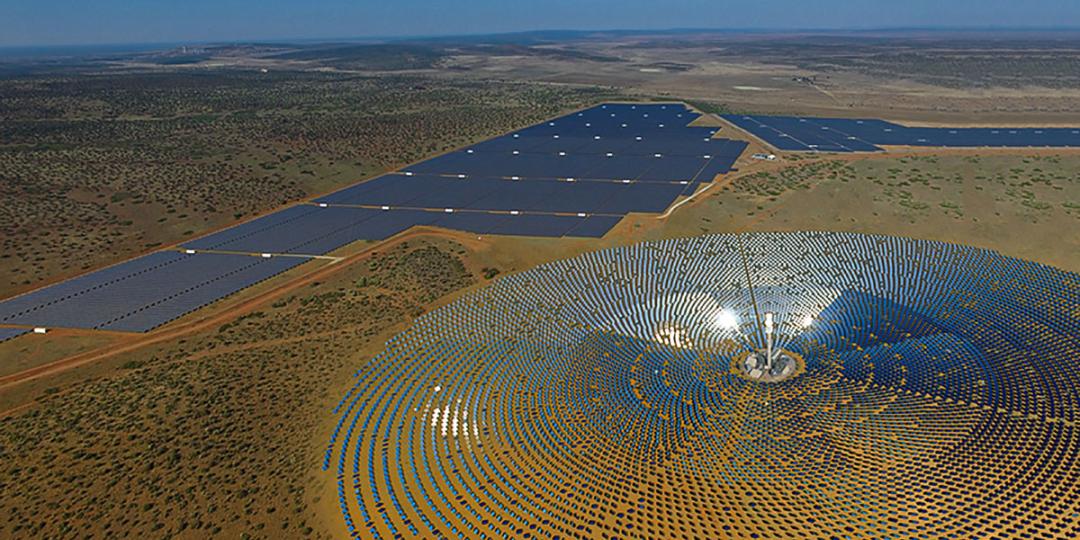 Project financing will be arranged by Absa, which has been appointed as the lead arranger, senior lender and hedge provider for the multi-billion-rand project. The bank says it will participate in the overall senior debt financing package with approximately R1,5-billion of senior debt term facilities for the project. Other financiers include including African Development Bank (AfDB), Development Bank of Southern Africa (DBSA), CDC Group, Nedbank, Nederlandse Financierings-Maatschappij voor Ontwikkelingslanden (FMO), Deutsche Investitions- und Entwicklungsgesellschaft (DEG), Investec Bank and Sanlam Life Insurance. ACWA Power’s co-shareholders in the project include the Central Energy Fund, Pele Green Energy, and the local community.

Click here to read a technical article which explains how CSP systems work.

Construction will take less than three years. Upon completion, the plant will be commissioned progressively – over a one-year period - to reach 100% of design capacity. Commencement of operations is scheduled for Q4 2023.

Redstone CSP will displace an estimated 440 metric tons of CO2 emissions per year and is certified under the Climate Bonds Standard and Certification Scheme. It is aligned with the goals of the Paris Climate Agreement which seeks to limit global warming to under 2°C.

Redstone offers more than just clean electricity generated from renewable sources (sun and water). Over 40% of the materials used will be locally sourced, and approximately 2000 jobs will be created during construction. About 400 of these jobs will be filled from the local community.

How will the Redstone CSP power plant work?

CSP plants reflect the sun onto tanks filled with water. The heated water provides steam to drive a turbine which turns a generator, which provides electricity to the national grid.

Click here to read a technical article which explains the system in detail.