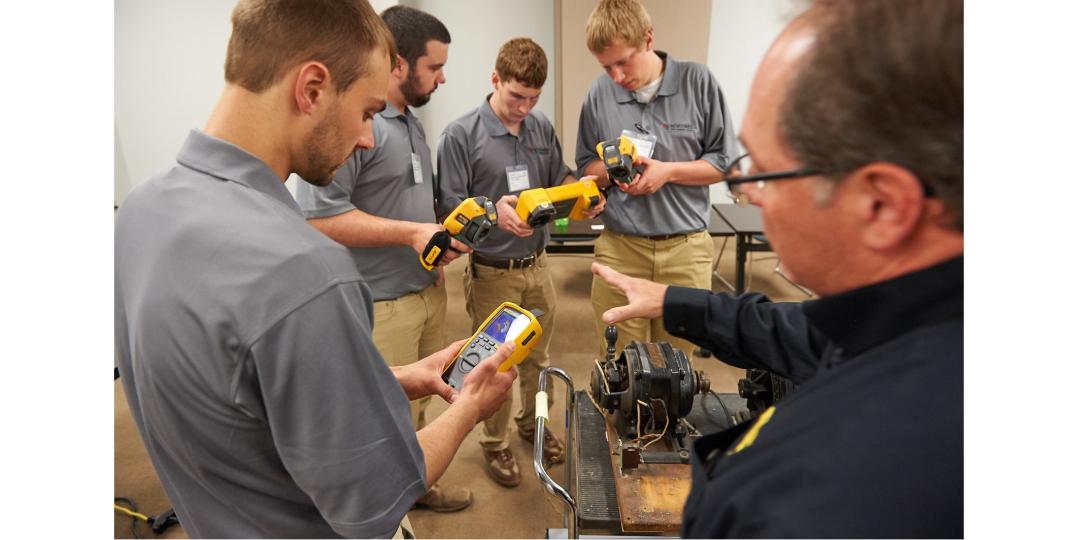 The event showcased some of the most advanced and sophisticated equipment available on the market today for use by engineers and technicians working in the electrical power sector.

In his opening address, Barend Niemand, the company’s CEO, shared the firm’s strategy with an enthusiastic and attentive audience. The company, Niemand said, seeks to do more than just sell equipment to members of the industry. Customers should be educated about new solutions and for this reason high quality marketing and promotional material is made available to engineers and technicians via local industry journals. This material is there to help them specify the correct product for the application in hand, he said.

Delegates to the event were divided into small groups and given short presentations by various product experts. These presentations ran concurrently, with each group being moved from room to room at predetermined times. Presentations were given on products and services for process calibration, renewable energy, power quality, IoT sensors and optical measurement.

Jenine Jansen van Vuuren defined the difference between verification and calibration. Using actual equipment, she explained how the calibration of test and measuring equipment is vital since it ensures that equipment remains accurate according to predetermined specifications as laid out in international standards. Verification, on the other hand, she said, ensures that the equipment is still working to the calibrated standard. Verification is useful as part of a preventative maintenance programme as it helps operators to know the “health” of working instruments. Comtest offers calibration and verification services locally using professional master reference devices.

Kristo Engelbrecht demonstrated a battery tester device and explained how it measures the real state of the battery. This device is more than just a simple voltmeter. By measuring the internal resistance at a specific frequency, technicians can predict when the battery is likely to fail. He demonstrated a handheld infra-red (IR) camera which could be used to measure the surface temperature of solar PV panels. Hot spots appear, he said, when particular cells fail because the sun’s energy heats up the faulty cell instead of being converted to electricity. Another device has the ability to “see” partial discharge noise in substations and power line towers. He also discussed power loggers, showing how load analysis helps people understand the problems associated with poor power quality, especially harmonics from PV and wind farm inverters on power lines. Finally, he spoke about the importance of proper earthing and the professional installation of solar PV equipment.

Gerrit Barnard demonstrated Fluke’s power loggers and explained their usefulness to technicians working in the field. Power loggers are indispensable tools, he said, since power quality is very important in modern electric networks. He explained that these versatile devices are used for conducting energy, load and power quality studies. They are easy to use and power directly from the measured circuit. They automatically capture and log voltage, current, power, harmonics and associated power quality values, and capture dips, swells, and inrush currents with event waveform snapshots and high-resolution RMS profiles.

Pieter Deysel is the managing director of Instrotech, a Comtest company, which operates from the same set of offices as Comtest.  He spoke about Keller’s and Optris’ sensors which operate as Internet of Things (IoT) devices, measuring and sending vital information about industrial equipment to controllers, both locally and distant via the internet, including the storage of data on the cloud.

Communication between sensors and monitoring points can also be done wirelessly, using existing wireless protocols, he added. Data is secured by a 256-bit AES encryption system – a highly sophisticated and intrinsically secure scheme.

Sharon Jordaan explained that unlike handheld infra-red (IR) optical scanners, Optris’s professional IR cameras are used in fixed positions where they unobtrusively measure temperature in industrial, commercial and transport applications. They can be found at airports, sports stadiums, shopping malls and hospitals where they are used for crowd-based screening. The fact that they are in fixed positions makes remote monitoring easy and reliable. A recent application involved measuring the temperature of the wheels of a train travelling at 120 km/h as it passed a particular spot on the track. Since the range of possible applications is so large, many different devices are available, with short to long wavelength options, to measure a wide range of temperatures, from tens of degrees to thousands of degrees. Free-of-charge software and cellphone apps, make these devices easy to use.

The demonstrations were followed by a number of interactive sessions with experts from Comtest’s foreign principals via Microsoft Teams. These experts provided some information regarding the various companies’ plans and strategies going forward. It was clear from every one of these discussions that these companies have an excellent relationship with, and think highly of, the team at Comtest.