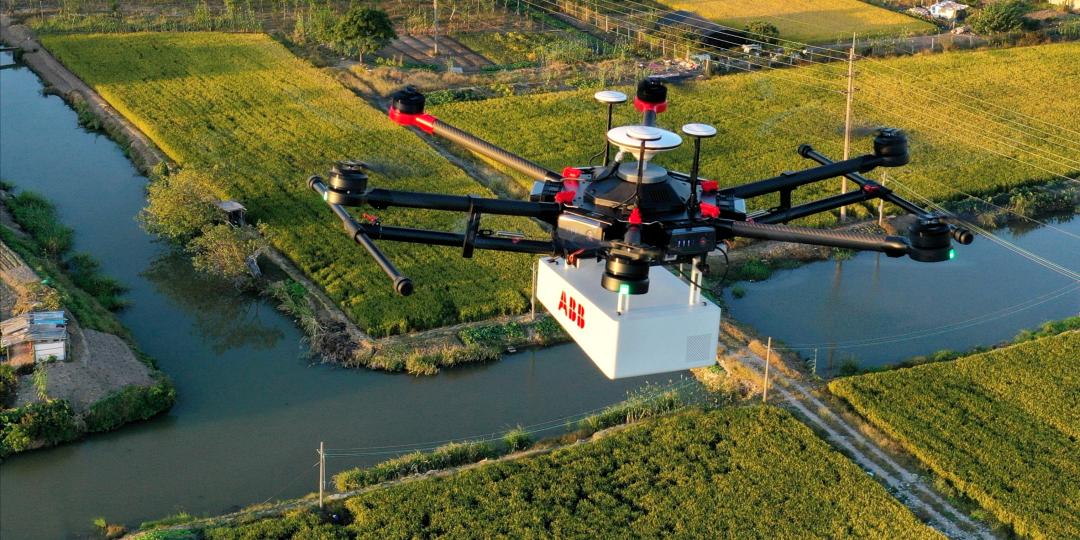 Doug Baer, the global product line manager for laser analysers at ABB explains how the natural gas industry has a new airborne ally in the fight to detect and remedy leaks across vast stretches of gas pipelines.

According to South Africa’s energy policies project, it is widely anticipated that natural gas will become a more important source for meeting the country’s energy requirements.

There are a number of sources in place to meet this growing demand. BMI Research estimates that South Africa has proven gas reserves of some 28,8 billion cubic metres, bolstered by supplies from neighbouring countries, such as Mozambique. Further capacity is also anticipated from significant offshore gas reserves.

It is this exploration – resulting in recent high profile high-capacity reserves – coupled to development of the local infrastructure that is expected to underpin growth in the region, which will include additions to the counties existing pipeline network. Predominantly in the east of the country, the network primarily comprises:

Like all large-scale infrastructure, reactive and proactive maintenance are key factors that contribute to the financial efficacy of these types of projects. But maintenance for financial reasons (i.e., waste reduction) only covers part of the story, especially when gas pipelines are involved. Arguably of equal – if not more – importance is countering the environmental impact of gas leaks.

Primary interest in this instance revolves around the management, control and containment of methane, the main component of natural gas, whose emission has increased globally by 9% in a decade due to demands for energy and food production. Although a naturally occurring gas, huge amounts of methane is emitted from anthropogenic (human-influenced) sources, such as coal mining, landfill, wastewater treatment, and oil and natural gas production and transportation.

According to the United States Environmental Protection Agency (EPA), methane is the second most abundant anthropogenic greenhouse gas after carbon dioxide (CO2), accounting for about 20% of global emissions. It is more than 25 times as potent as carbon dioxide at trapping heat (over 100 years) in the atmosphere and over the last two centuries, methane concentrations in the atmosphere have more than doubled, largely due to human-related activities.

Because methane is both a powerful greenhouse gas and short-lived compared to carbon dioxide, achieving significant reductions would have a rapid and significant effect on atmospheric warming potential. As a result of this, managing the control of methane emissions from oil and gas operations is now top of many nations’ climate-change targets.

To put the negative environment effects into context, a cloud of methane recently detected over a natural gas field in Canada, was estimated to have an emission rate of some 79 t/h. According to the US Environmental Defence Fund, over the period of one hour, this would equate to trapping roughly the same amount of heat as more than 300 000 cars driving at 100km/h.

A recent announcement by the United Nations Framework Convention on Climate Change, explains that “a Global Methane Assessment released in May by the Climate and Clean Air Coalition (CCAC) and the United Nations Environment Programme (UNEP), shows that human-caused methane emissions can be reduced by up to 45% this decade. Such reductions would avoid nearly 0,3°C of global warming by 2045 and would be consistent with keeping the goal of the Paris Agreement to limit global temperature rise to 1,5°C within reach.”

Under the International Energy Agency’s Sustainable Development Scenario (SDS), emissions from the pipeline sector will need to fall to around 20 Mt per year by 2030 – a drop of more than 70% from levels in 2020. Indeed, in the United States the Protecting Our Infrastructure of Pipelines and Enhancing Safety (PIPES) Act of 2020 was signed into law in December 2020. The Act directs gas pipeline operators to use advanced leak-detection technologies to conduct leak detection and repair programs that protect the environment and pipeline safety.

Phase 2, saw the law instruct the Pipeline and Hazardous Materials Safety Administration (PHMSA) to create rules on how to detect leaks that are hazardous to human safety or the environment and when to repair those leaks and in April 2021, the PHMSA published the rules on what level of leak detection will be required.

The problem that may pipeline operators face is the scale and remote locations of their operations coupled to the difficulty in detecting methane leaks in outside environment. Traditional technology requires relatively intimate positioning of detectors, which over thousands of kilometres of pipelines is simply not feasible. No matter the issues, these operators are obligated and legislated to deal with the problem.

A highly effective answer to this issue comes literally from the air, in the form of drone-based mobile gas leak detection systems, which have already proven their capabilities to find leaks faster and more reliably than ever before. An example of this new approach, HoverGuard from ABB, detects, quantifies and maps leaks up to 100 m from natural gas distribution and transmission pipelines, gathering lines, storage facilities, and other potential sources.

These enhanced longer-distance capabilities are thanks to new sensor technology – based around cavity enhanced laser absorption spectroscopy – which can detect methane with a sensitivity more than 1000 times higher and over ten times faster than conventional leak detection tools.

This sensitivity and speed allow the sensors to detect leaks while flying at altitudes of 40 m, or higher, and at speeds greater than 88 km/h thanks to deployment on low-cost commercial UAVs, capable of carrying 3 kg payloads.

Drone-based systems represents an important step-change in gas leak detection and for the environment. Previously inspectors had to rely on slow, qualitative, analog sensors or expensive delicate cameras to find leaks. These ground-breaking solutions effectively probe locations otherwise inaccessible by either walking or driving. They will increase safety across pipeline networks whether in remote or urban environments, by detecting and mapping natural gas leaks around hard-to-reach sites such as bridges, areas with right-of-way restrictions or vegetation coverage, gas storage assets and pipelines.

South Africa’s state-owned pipeline operator is no stranger to drone-based technology and has even suggested it as a remedy to counter growing tampering and theft levels from high-pressure petroleum and gas pipelines – seeing over 80 incidents in the last financial year.

Drone-based solutions are certainly an attractive proposition for remote systems and the advances in sensor technology can also be deployed in more traditional means, such as vehicle and handheld monitoring. Indeed, a combination of technologies provides the defence in depth required to combat wastage and the environmental fall out. And as nations with more mature infrastructures define new environmental pipeline legislation and operating standards, the trickle-down effect will also hit other countries as national and international lobbying prompts these nations to act, too.

It would make sense therefore that a proportion of capital investment for new pipeline solutions included the means to remotely assess leakage as part of proactive maintenance routines. Due diligence would show that comprehensive platforms can now detect, map and quantify large, small, and even hidden leaks with unprecedented speed, reliability, and accuracy throughout the entire natural gas infrastructure, including upstream, midstream, downstream, and gas utilities.

Like all wastage scenarios, a small leak is a small problem, but 1000 small leaks turn it into a major calamity. Many issues like this (and their associated remedies) are financially driven; natural gas leaks however need to have ethics and sustainability further up the priorities, especially if we are to hit ever more stringent environmental targets.