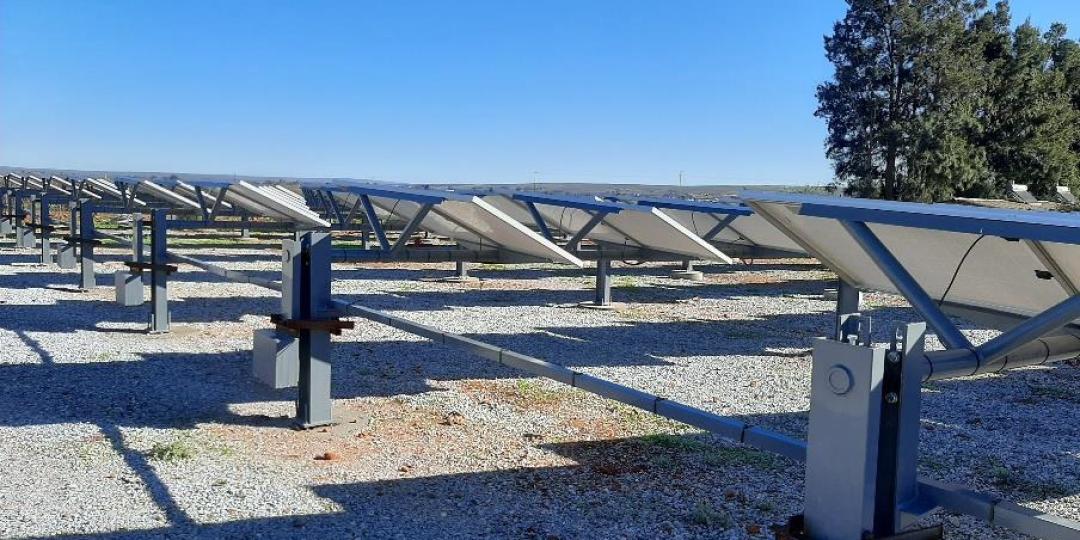 The electricity crisis that South Africa is currently experiencing has shone a spotlight on the urgent need for reliable, sustainable alternatives to the coal generated power that the country relies so heavily on. Within this context, Sakhumnotho Power, a business unit of Sakhumnotho Group Holdings, has partnered with Keren Energy Investments to undertake a Proof-of-Concept (POC) project to produce green hydrogen at a site supplied by Namaqua Engineering in Vredendal, Western Cape.

The POC site has a 100 kW photovoltaic solar system installed and this renewable energy will be used as the primary energy to produce green hydrogen. The hydrogen generated will, ultimately, be used in fuel cell vehicles in the future. This is an innovative undertaking that promises to be among the first in South Africa that demonstrates the feasibility of producing green hydrogen from solar energy.

Keren Energy is a developer of energy projects and partners with Sakhumnotho on a number of renewable energy programmes. For the purposes of this green hydrogen POC, Keren has partnered with Cape Stack, a leading hydrogen fuel cell component manufacturing company, as well as Namaqua Engineering, who are well positioned to provide the engineering expertise required for the project.

Green hydrogen is defined as hydrogen that is generated entirely by renewable energy – such as the sun, wind or water. With significantly lower carbon emissions than other sources, green hydrogen is destined to play a vital role in the global mission to decarbonise the energy system.

The global hydrogen economy, while still young, is growing. Countries such as China, Japan and South Korea, are pioneering hydrogen fuelled vehicles as well as hydrogen fuelling stations, and leading the way in developing this world-changing energy source. In South Africa, where we are battling with power generation and electricity availability, green hydrogen could present a viable solution in the near future.

“As an independent power producer (IPP) that has developed various projects in the REIPPPP programme of South Africa, Keren Energy has been observing the Hydrogen economy that is developing worldwide. With Sakhumnotho, we have already developed sites to execute commercial Green Hydrogen projects for the future and believe, through Sakhumnotho and Cape Stack, we can execute the Green Hydrogen Proof-of-Concept successfully.” George van Rensburg, Keren Energy.

Sakhumnotho invests in renewable energy as part of its Power portfolio, which includes Renewables, Power Generation and the Hydrogen sector. The Group invests in diverse sectors of the economy to create value for stakeholders. Hydrogen is a transformative energy which has the potential to become an important energy resource in Africa as well as the world. The investment in this POC augments the company’s investment of the power and energy sector as a whole.

“We are cognizant that oil and gas are not going to be the only fuel sources in the future. We understand that we have to invest in a portfolio of power sources which will include oil and gas, renewable energy, as well as hydrogen in order to innovate and grow our investment portfolio into the future. Even though it is not yet commercially feasible, we see hydrogen as something that will become an important component of the clean energy mix in the near future.” Prof. Sipho Mseleku, President and CEO, Sakhumnotho Group Holdings.