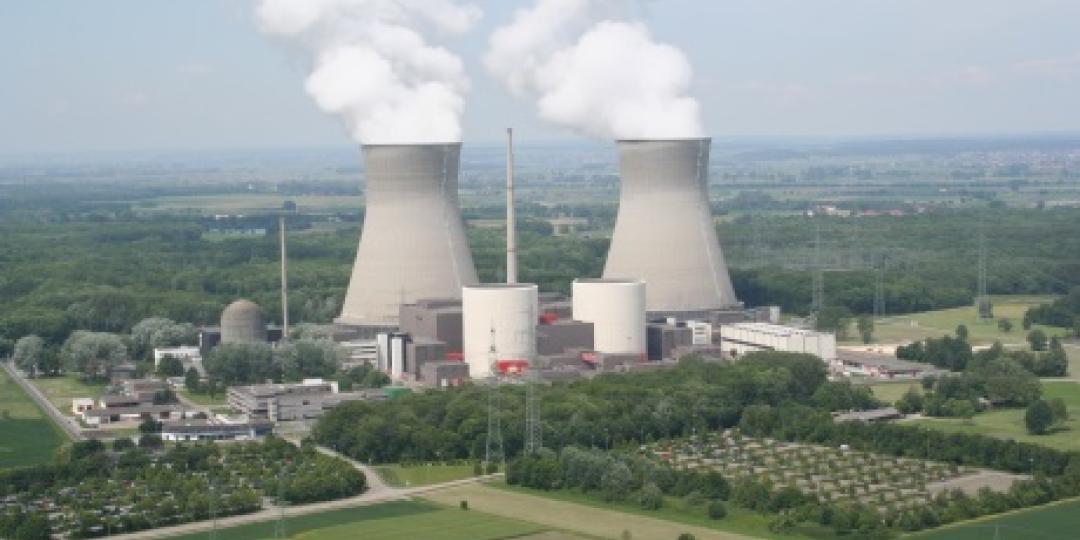 As Eskom prepares this month to extend the life of its almost 40-year old nuclear power station (Koeberg) by a further 20 years, msn.com reports that Germany is about to shut down three of its nuclear power plants this week.

The move is part of Germany's phase-out of nuclear energy.

According to Deutsche Welle (www.dw.com), the closures take place as Europe faces one of its worst-ever energy crises and as nuclear power is, once again, gaining support as it is seen as a reliable source of clean energy.

The plants in Brokdorf in the northern state of Schleswig-Holstein, Grohnde in Lower Saxony and Unit C at Gundremmingen in Bavaria in the south are being taken off the grid, the report says, adding that the decommissioning process will take 20 years and cost €1,1 billion (about R20-billion) per plant.

Where does this leave nuclear in Germany?

This means that in 2022, Germany will have just three nuclear power plants — in the states of Bavaria, Baden-Württemberg and Lower Saxony. These in turn are due to cease production in exactly a year's time, cutting nuclear energy output by around 4 GW. The closures will officially end the nuclear phase-out for domestic energy production started under former German Chancellor Angela Merkel.

Merkel's government made the decision in 2011 after the accident at the Fukushima atomic power plant in Japan.

An earthquake and tsunami destroyed the coastal plant in the world's worst nuclear disaster since Chernobyl 25 years earlier.

Since then, support for nuclear energy has been rising. According to the World Nuclear Association, nuclear produces no greenhouse gas emissions during operation and over its life cycle, has similar carbon emissions as wind power.

The new German government is sticking to the nuclear plan, despite softening public opinion.

A recent YouGov survey for Welt am Sonntag newspaper showed around half of Germans said they were in favour of reversing the nuclear shutdown due to the recent sharp rise in energy prices.

Monika Schnitzer, a member of the German Council of Economic Experts, told the Rheinische Post newspaper that it would make sense "economically and ecologically" to delay the shutdown.

But Economy and Climate Protection Minister Robert Habeck apparently says he does not see the anti-nuclear consensus weakening, while Kerstin Andreae, the head of energy industry association BDEW, insists the phaseout is irreversible.

Other EU countries, including France, are continuing to push nuclear energy and campaign for it to be included on the EU's list of sustainable energy sources eligible for investment.

With energy prices soaring across Europe, the timing of the closures could hardly be worse.

Earlier this month, Europe's reference gas price was ten times higher than at the start of the year — and electricity prices are also soaring.

The spike has been fuelled by geopolitical tensions with Russia, which supplies one-third of Europe's gas, and stands accused of limiting deliveries to put pressure on the European Union over the Ukraine conflict.

Moscow also wants to start operating the controversial Nord Stream 2 pipeline, which will supply more Russian gas to Germany. The project is, however, yet to be officially certified by Berlin.