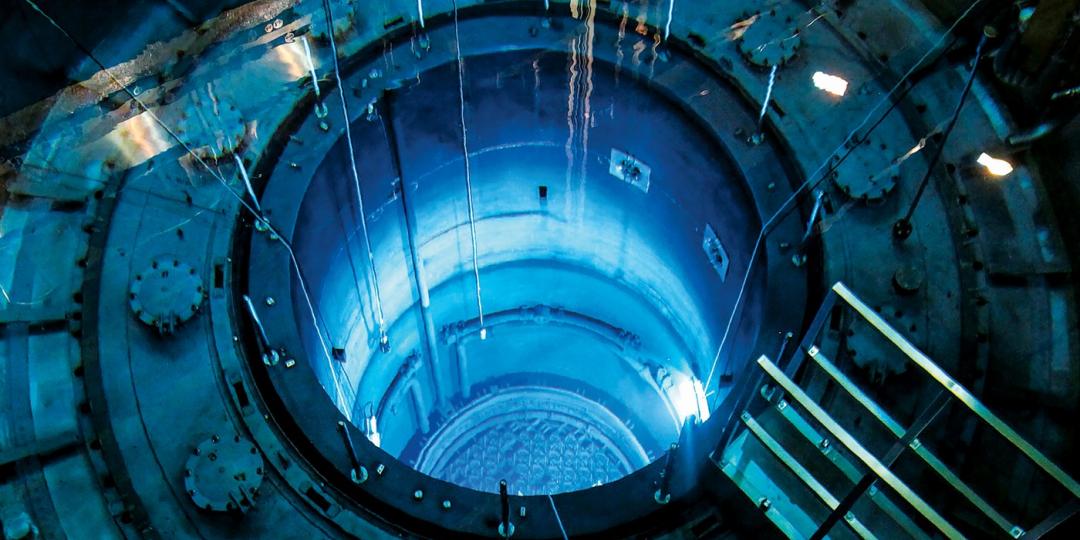 In response to recent press reports regarding the deterioration of the concrete containment building at the Koeberg nuclear power station, Eskom released a statement on 12 February 2021. This statement ignores several of the issues raised, obfuscates others, and provides some further alarming information.

Eskom’s statement says “repairs have been implemented” which sounds initially reassuring. However, the report itself describes the repairs in progress at the time as “neither ideal nor sustainable”.

The report goes on to say “The repairs are non-structural and only about 11% of the structures’ surfaces have been rehabilitated. The areas adjacent to the patched areas will now corrode at an accelerated rate.”

This means the problem will cascade, and just happen faster around any patch repairs.

How are the latest repairs going?

We have been asked this many times, but we don’t know. To find out, one approach is to use the Promotion of Access to Information Act (PAIA) again. Judging from the previous response from Eskom, this could mean another 143 day wait, followed by a 50% redacted report.

We know this is the latest study done, as per the PAIA request wording. There are two possibilities: either further repairs are not yet complete, or they are complete, but no study has been done evaluating how effective they were.

Testing has been rushed and incomplete

Another Eskom document which we are currently analysing refers to testing done in or around 2015. In a section headed “Seismic Margin Assessment” it reads “The time to conduct this study was limited, and as there were no planned outages during that period, containment entry was not possible.”

It seems that this ‘test’ did not include looking at the inside of the containment building. More will be released about that document soon.

Eskom tries to reassure the public that the utility performs “Integrated Leak Rate Tests (ILRT) on a ten-yearly basis.” Far from being reassuring, this seems to indicate a shocking complacency. Given the potential consequences of a failure of the containment building, is it sufficient to potentially allow a leak to be in place undetected for nine years until the next test?

What is more, a gradual increase in pressure during a test is not the same as the shock and shrapnel which would result from a rupture of one of the reactor vessels due to steam overpressure in a loss of coolant incident. How is it possible to be sure that the delaminating concrete domes would be able to prevent the release of radioactive material?

Communication from within a culture of complacency

One issue the statement simply ignores is Eskom’s slow response to requests made under PAIA. The Act says a response must be given ‘as soon as reasonably possible, but in any event within 30 days’.

Eskom took 143 days to answer this PAIA request. In their statement, the utility does not acknowledge this failing nor apologise for it, let alone undertake to improve. This is a pattern of behaviour from within a culture of complacency – we have not been able to find a single case where Eskom has responded to a PAIA request for nuclear related information within 30 days over the past year, and we suspect the problem is more general than that. Answers such as ‘because of Covid’ is not a good enough reason to take months for every request.

Half the contents withheld from the public

Another issue that the Eskom statement fails to respond to is that about half the technical content of the released report has been blacked out. The report includes phrases such as “The current interventions are neither ideal nor sustainable” and “The Risk is level I (highest), with a Consequence Level 6 (highest)“.

Given the contents of the information which was released, one can only speculate what technical information Eskom considered to be so ‘sensitive‘ that is had to be blacked out. We acknowledge it is quite justified to redact information such as personal details to protect privacy, and for other limited reasons. But the history of technical problems at Koeberg? What possible justifiable reason can there be for keeping that secret?

In an Orwellian twist

Once a risk is acknowledged, the probability can be calculated, and a meaningful discussion can be had. But to claim there is zero risk, as Eskom does here, is disingenuous. This is not the first time Eskom has misled the public about risks at Koeberg.

Eskom has said it will soon be requesting permission from the Nuclear Regulator to extend the life of the Koeberg plant by another twenty years. The pattern of foot dragging delays when answering PAIA requests and the arbitrary redactions strengthens the impression that Eskom would prefer that the public is not informed about Koeberg. By causing these delays, Eskom is effectively undermining the ability of the public to participate meaningfully in the life extension decision.

The containment buildings were designed to last 40 years, and we now know that has not turned out well. In Eskom’s own words describing the chloride damage, “This phenomenon was not fully understood when the structures were designed.” This prompts some questions, especially when considering extending the life of the plant by twenty years:

o   What else was not fully understood when Koeberg was designed?

o   Are there areas where rebar still hidden by concrete has also corroded?

o   Have any of the other safety layers deteriorated faster than expected due the marine environment or radiation induced embrittlement?

o   Are there any inaccessible components or pipes which cannot be physically checked for deterioration?

o   What will be the total cost of all these repairs, plus the refurbishment costs, plus twenty more years of nuclear insurance premiums, and what effect will that have on the price of electricity?

o   Is it perhaps not best to avoid these costs and eliminate any long term risks by shutting down Koeberg as planned in 2024?

Should there be a loss of coolant incident resulting in a meltdown and the containment buildings fail, hundreds of thousands of people would have to evacuated and would not be able to return to their homes. Homeowners in affected areas would be unable to sell or live in their homes, although they would still be liable for any bank loan repayments. Western Cape wine would be shunned, and the Cape Tourism industry would collapse – a holiday in the Cape would sound less attractive than a beach holiday in Fukushima.

The magnitude of the potential consequences mean that it is poor idea to keep Koeberg running for another 23 years, in the hope that this time Eskom will get maintenance and repairs right. If Eskom undertook maintenance properly, overall, we would not be having load shedding.