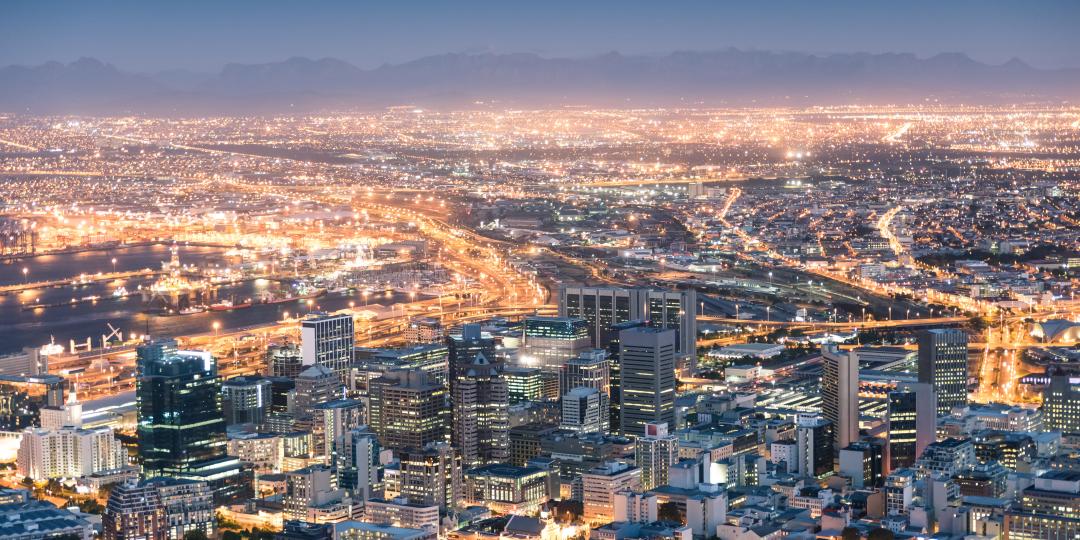 South Africa's energy landscape is currently challenged by load shedding and ageing coal-fired power stations. From this crisis, Wärtsilä sees short-, medium- and long-term opportunities. In the broadest sense, the country now has a chance to leapfrog from the coal era into the new energy technologies of the 21st century.

The immediate opportunity is the Department of Mineral Resource and Energy's independent power procurement programme (IPP). Under the Risk Mitigation IPP (RMIPP), launched on 23 August 2020 to address the current power shortage, the government will procure 2 GW of energy from multiple locations and technologies to be operational by the end of 2022. These projects must meet specific flexible dispatch criteria.

This is a new direction for the country and takes a "black box" approach to power procurement. It is innovative in that it addresses the system operator's needs and moves away from the discussion over specific technologies. Bidders were able to offer the most effective technologies if they met the dispatch criteria. There is no cap on prices, as there was in the Renewable Energy IPP's first rounds.

The priority is risk mitigation. Flexible technologies will be far cheaper than the current alternative, which is diesel. Still, they will be more expensive than the artificially priced coal-fired power, which currently provides most of the country's electricity requirements. Flexible technologies also enable South Africa's cheapest form of energy, which is renewables.

The bids are being evaluated at present, and the company expects that between five and fifteen different projects will be built around South Africa. This represents a major shift away from mega-coal projects and towards distributed and hybrid multiple technologies.

The RMIPPP aligns with an area of specialty for Wärtsilä, which is flexible technologies including gas, reciprocating engines, and battery storage, so the company hopes to play a prominent role in these projects. If the preferred bidders are announced, as expected, by the end of February, and financial close is reached soon afterwards, it could become a benchmark for future power programmes in South Africa. The market should be allowed to choose the best technology to meet the system operator's requirements.

In the medium term, the company sees opportunities in repurposing old coal power stations, not necessarily to convert them to gas or other thermal power but to take a multi-technology approach. The main objectives of Eskom's RFI for decommissioned coal-fired power stations are to replace the energy, jobs, and economic activity. As an OEM and significant investor in research and development (R&D), Wärtsilä is interested in supporting Eskom, alternative green technologies, and education. Using a multi-layered approach, the organisation says it could replace or improve on the previous economic activity.

Its response under this RFI is to establish and operate a technology innovation centre at one of those coal plants. This would incorporate elements of existing technology as well as looking at future energy systems with a focus on green technology developments.

In the long term, the company sees South Africa's energy sector moving towards greener technologies, including hydrogen which is a new and exciting field for the country and where the organisation is seen as a front-runner. Wärtsilä has a focus on sustainability, and its vision is to enable 100% sustainable societies.

In this context, the organisation, which was established in South Africa in 1994, has put considerable effort into advancing the marine industry. Several installations on different vessels trafficking South African waters have been implemented. The company has also been involved for many years at Nelson Mandela Metropolitan University’s (NMMU’s) engineering programmes with a marine orientation.

Over the years, the company invested more in its relationship with NMMU and intends to deepen this relationship to include energy with both NMMU and Wits University. The organisation followed a similar path in other countries, and can contribute to that experience and knowledge, especially in modelling the energy transition. It has a global energy talent programme, under which it recruits and trains graduates from various countries. South Africans will be brought into the programme in 2021.

To advance its transformation programme in South Africa, the company created a new black ownership trust to support final-year black engineering students at NMMU and oversee the company’s corporate social investments. One of its goals is to bring more women into the energy sector.

Wärtsilä has increased its South African supply chain investment, as the RMIPP programme has black ownership, preferential procurement, and local content requirements. It increased its efforts to use local suppliers and employ local sub-contractors for civil, mechanical, and electrical engineering. The company is also working with global suppliers to increase local content sourcing in South Africa. All this must be accompanied by skills development. In future years, several energy projects will be secured under the IRP, which will require a skilled staff pipeline.

Naturally, the number of jobs which can be created depends on how successful the company is in its bids. Over the past year, six people were recruited for business development with legal, quality control and accounting expertise. Jobs generated by RMIPP projects would be either in construction or operation of power plants. Between 200 and 250 full-time jobs could be created. Additional employment would be made within our sub-contractors and suppliers.

As Wärtsilä grows in South Africa, it will show tangible benefits for the country's energy mix, environmental contribution, and technical skills levels.