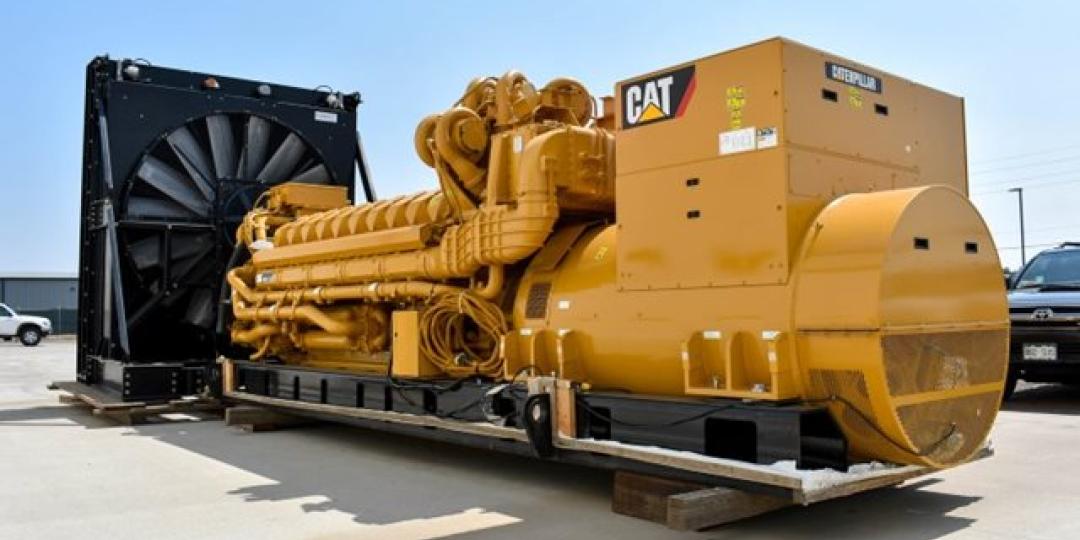 We live in a world where we simply must reduce greenhouse gases (GHG). While we wait for the development of technology and infrastructure for new energies, there is a genuine effort to reduce GHG, including the impact of current fuels. This drive comes from improved efficiency of machines and changes in fuel composition, incorporating more bio-friendly components. While this is necessary to reduce emissions, it also increases the threat of damage to valuable land-based assets.

The first generation of biofuel and biodiesel has been in existence for a long time. The sale of E10 petrol and B7 diesel became mandatory in the EU in 2011. B7 diesel contains up to 7% bio component derived from renewable resources, which is generically referred to as Fatty Acid Methyl Ester (FAME). We understand the limitations of this fuel at lower temperatures; however, the addition of FAME also gives it a greater affinity to retain water.

Water will separate from fuel, but the introduction of FAME into its chemical composition means it will retain water at greater concentrations. At the refinery, fuel contains <200 ppm water content but, once exposed to the elements, B7 diesel can contain over 500 ppm water. Typically, the greater the FAME content, the potential is greater for increased amount of emulsified water which can reach up to 1500 ppm. Depending on fuel temperature, this can render the fuel hazy; an appearance that is not uncommon in the fuel supply chain when emulsified water is present.

The ingress of water comes from mechanisms such as condensation. If a fuel tank is only half full, half of the tank contains air which, in turn, contains moisture. Any swing in temperature can cause this moisture to condense to create free water. Both dissolved and free water will chemically react with FAME to form an emulsion at greater concentrations.

So why is this water such a problem?

First, let’s be clear, the use of biodiesel is an essential part of GHG reduction and increasing FAME content is a vital part of our efforts to reduce the environmental impact of diesel fuel emissions while new energies are developed.

Fuel is likely to contain dormant microbial formations, such as spores. The presence of water and air creates an environment where microbes (yeast, filamentous fungi or bacteria) can thrive. As microbes multiply in the fuel, they can form a biomass layer consisting of billions of organisms. This biomass, which appears as a stringy, web-like substance, usually grey or brown in colour, can block filters, increase injector wear, and even corrode tanks with the organic acid it produces. This was a problem even before the introduction of FAME, but the bio component in the fuel has exacerbated the issue.

As we look to further increase the percentage of FAME to reduce environmental impact of fuels, the risk of microbial contamination also increases. On top of this threat, advances in technology to produce more efficient combustion engines increase the engines’ susceptibility to the risks of microbial contamination. Recent diesel engine advancement has introduced precise, higher internal pressure fuel nozzles, whose smaller orifices have a lower tolerance to sediments and particulate matter that might be generated by off-spec fuel. This ‘perfect storm’ in the advances to control GHG emissions requires better fuel management steps to ensure valuable equipment is not damaged and huge costs incurred.

A study by the EPA showed that the introduction of biodiesel in underground storage tanks (UST) has led to an increase in corrosion issues of around 40 to 50%. It states that “moderate or severe corrosion on metal components in UST systems storing diesel fuel in the United States could be a very common occurrence…83% of the inspected tanks had moderate or severe metal corrosion”. This has a massive impact on downtime, the need to replace system parts, or even whole systems. A system will always fail at its weakest link and, although these may be relatively cheap parts, the impact on business could be huge.

Users of biodiesel often expect the fuel to be “on spec” but this is not guaranteed. How do operators know whether they have a problem or not? Recommended maintenance can include testing, monitoring via sensors, sampling, or fuel “polishing”, depending on the nature of the application. To avoid costly repairs and unnecessary tank cleaning, onsite testing offers an economical and quick way to determine levels of microbial activity in fuel. It presents a proactive solution and one that, with increasing percentage of FAME, will ensure users are ahead of any problems that may incur.

A research article published in Frontiers for microbiology concluded: “a mixed microbial community of filamentous fungi and acid-producing bacteria were able to proliferate in B20 biodiesel storage tanks, cause fouling, degrade fuel by metabolizing the FAME, produce organic acids, and accelerate steel corrosion under biofilms attached to metal surfaces.”

Corrosion not only threatens day-to-day operations, but also presents a significant environmental risk if fuel escapes into the ground.

The EPA report on corrosion of UST systems goes on to say: “Prior to 2007, corrosion risks identified in tanks storing diesel fuels were generally thought to be limited to the bottom of tanks…The corrosion observed since 2007, however, may affect owners who have followed the same maintenance practices for years and had no corrosion issues.”

The EPA notes that biodiesel may contain glycerol as a by-product of the production process, and that “Metabolic consumption of glycerol by microbial populations could produce volatile organic acids such as propionic, lactic, or glucaric acid. These acids were identified in the majority of water samples from the aqueous phase of fuels analysed.”

Why test on site?

It is good practice to remove as much water as possible from fuel supplies, but a sound testing regime will also help ensure contamination does not lead to corrosion or damage of systems. Understanding levels of contamination means maintenance actions, such as tank cleaning and adding biocide, can be tailored and optimized to avoid unnecessary costs.

Sampling to identify microbial contamination is either carried out in a laboratory or on site. The frequency of testing can be honed according to test results and. according to microbial test results, their observed trends, and the operational experience. The issues with sending samples to laboratories for testing derive from the fact that the microbes are living, dynamic organisms. This means that the microbial population can change while the sample is in transit, and results may not be representative of the tank environment. Samples therefore need to be stored and transported under environmentally controlled conditions, which presents logistical issues.

Onsite testing of land-based assets, on the other hand, provides a quick, easy, and cost-effective alternative. Test kits based on antibodies, such as the FUELSTAT® test kit from Conidia Bioscience, are a proven method for identifying microbes with the ability to degrade fuel and provide an accurate indication of contamination levels. These low-cost, single use test kits are simple to use, require minimal training, need no special handling, and can be readily integrated into day-to-day operations. They provide a result in a matter of minutes, which can be scanned into a mobile app for the purposes of logging and sharing results, allowing hotspots and trends to be observed over time and across locations.

We must reduce GHG emissions; increasing the percentage of FAME in diesel is a clear and easy ‘winner’ to do so in the short term. As the chemical composition of fuel changes, however, we need to recognize the increased risk of microbial contamination and adapt routine operations to ensure advanced corrosion and damage to system components does not threaten business continuity and profit.

Although operators may have previously had no issues with microbial contamination, fuel management procedures should be updated to protect land-based assets. Contamination can occur throughout the fuel supply chain and simple, onsite testing may save thousands in repairs and help protect the environment from fuel leaks.

Pierre Poitras is a technical consultant at Conidia Bioscience. The analysis presented here is based on the white paper Protecting equipment from microbial contamination when changing fuel chemistry