Tackling the challenge of electrifying 60 000 houses in Africa

Tackling the challenge of electrifying 60 000 houses in Africa 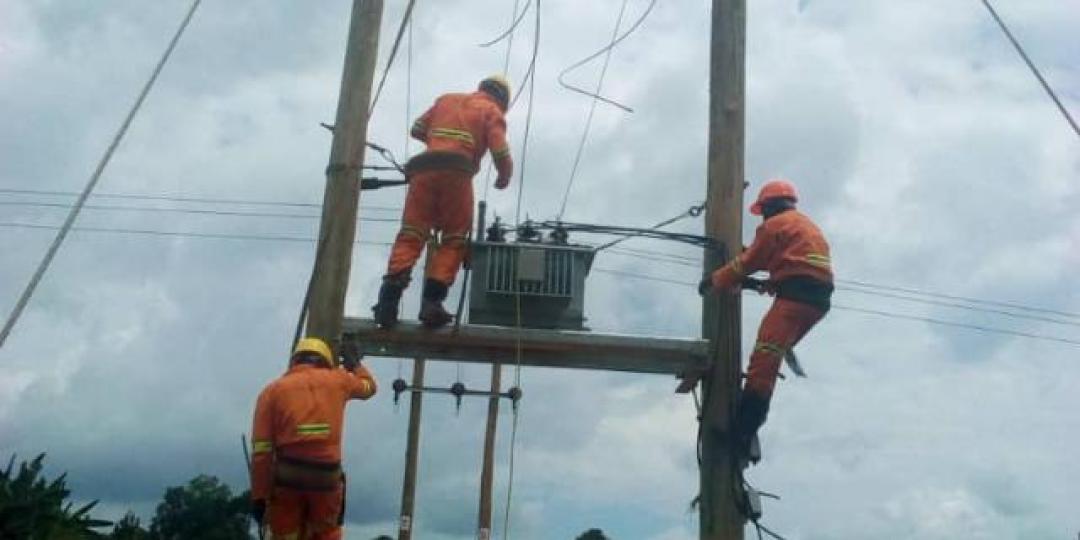 It has been estimated that more than a billion people world-wide lack access to affordable, reliable, grid-connected electricity. Of these, over 600-million live in Africa. Although we often hear about the need to ensure that electricity is available to everyone, a concept referred to as “universal access”, the status quo remains.

One South African company which is working hard to address this pressing need, is Eya Bantu. Even the company’s name reflects its desire to provide power to everyone, for in English it means “Power for the people”. Furthermore, the company’s stated mission is to uplift, develop and empower local communities.

With projects all over Southern Africa and beyond, Eya Bantu is a truly international local company. This firm of consultants has offices in Cape Town, George, Port Elizabeth, East London, and Lusaka.

A recently completed project provides electricity to a rural community of 60 000 homes in Uganda. Eya Bantu’s Naas Burger, together with a team of about 80 specialists, managed the massive rural electrification scheme recently.

Working in cooperation with German energy consultancy, GOPA Intec, which had been contracted by the Ugandan government, South African energy experts Eya Bantu responded to the government’s need to supply rural homes with electricity.

The project, which was funded by the World Bank, was designed and executed by Eya Bantu in cooperation with the internationally renowned consultancy GOPA Intec.

Eya Bantu’s role was to provide cabling and wiring from the 33 kV substation to the various distribution transformers and beyond.

Introducing the project to the Mukono community

To achieve this, 80 highly qualified and skilled specialists were engaged. The project would have been challenging on its own, but it was made even more so by the challenges of social distancing and torrential rain which resulted in serious flooding.

According to Burger, who spent seven months onsite managing the project, the flooding was so severe at times that even four-wheel drive vehicles were unable to traverse the terrain.

Uganda has one of the lowest per capita electricity consumption rates (150 kWh/year) in the world (vs. South Korea with 8502, Ghana 253, and USA 13 000 kWh/year). To address this deficit, the Ugandan government has targeted the year 2022 to achieve electricity access to people living in rural areas. This is expected to involve about 1,3-million grid consumers and 140 000 solar PV connections.

The ERT III programme addresses the issue of low access to electricity in rural areas by making connection accessible and affordable. The latest ERT III project is the third and final phase of the ERT programme.

The government’s aim is to increase access to, and consumption of, electricity in rural areas of Uganda. This in turn is expected to facilitate an improvement in the productivity of enterprises and the quality of life of the population in those areas.

This privately owned South African engineering services company was established in 1999 and offers a comprehensive range of consulting and specialised services to the energy sector.

These projects have resulted in an additional 1000 MW of power from clean, renewable sources, being made available for the benefit of the people who live in this region.

A team of highly qualified professionals manage the company and take responsibility for the various projects the organisation is working on.

To ensure that every project it completes will meet its clients’ expectations, the company uses products from highly respected international manufacturers including ABB, Actom, CT Lab, Eaton, Schneider Electric, and many others.

The company’s projects include infrastructure upgrades, the restoration of power, the manufacture and installation of electrical control switchboards for municipalities, and the electrification of communities, among others.

The company’s reputation for high-quality work has been recognised by Eskom and led to the national power utility appointing Eya Bantu to manage the strengthening of the Willowvale area HV substation a few years ago.