To streamline the transport of medical vials in a clean room

To streamline the transport of medical vials in a clean room 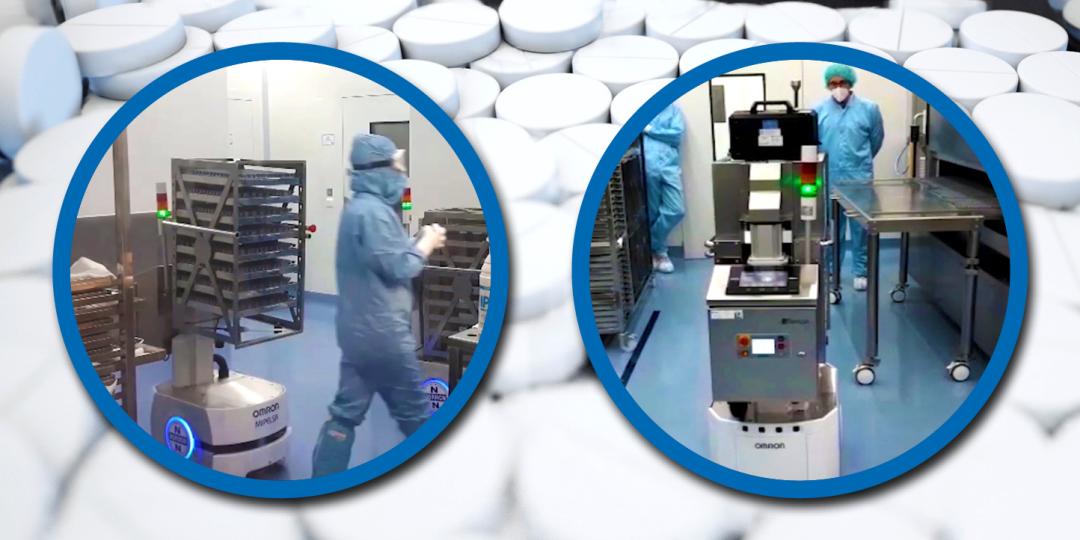 After searching extensively, pharmaceutical company Norman found autonomous mobile robots produced by OMRON, a leader in industrial automation, to be ideal for work in its clean rooms.

Established in 1937, Madrid-based company, Normon, has been manufacturing high-quality medicines for over 80 years, serving customers in the pharmaceutical and healthcare sectors throughout Europe and in the US. The company prides itself in its advanced technology and innovation, and its ability to produce affordable medicines in a sustainable way. 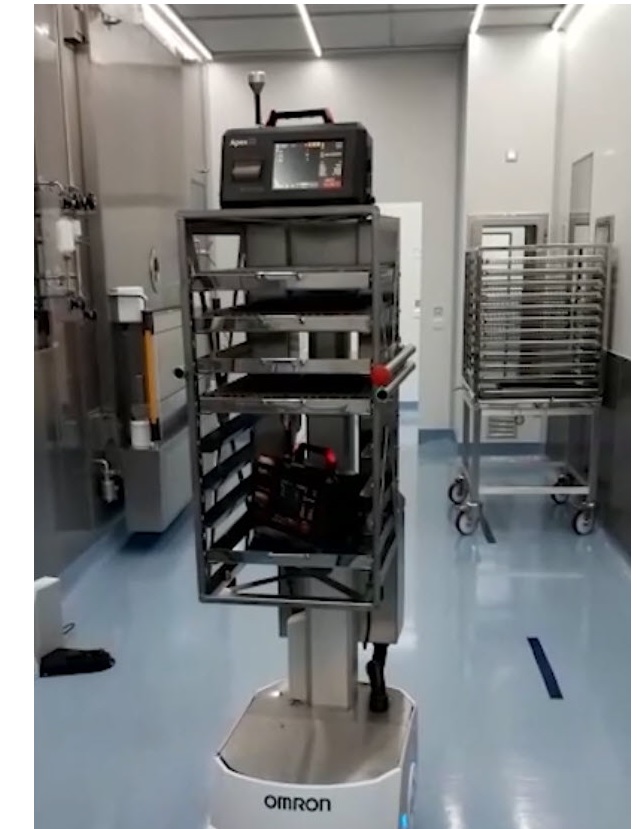 Normon was using automated guide vehicles (AVGs) within the production process. However, following a change in the environment in which the robots needed to be deployed, the company discovered that the AGVs were too large to be used in certain clean rooms. Robots used in this environment must meet stringent requirements to prevent them for acting as a source of contamination. A different type of robot would be required for the clean room application, as without robots, highly trained and qualified operators would have to transport the products within the clean rooms, instead of focusing on their own tasks.

Normon’s head engineer, Jose María Urdillo, comments: “We were looking at the different solutions in the market and particularly interested in autonomous mobile robots (AMRs), but these were not able to meet our criteria. However, we then came across an impressive AMR produced by OMRON, which was suitable for work in clean rooms.

The OMRON LD mobile robot could be personalised to meet Normon’s specific needs and was very easy to install in the plant. The whole implementation process took just three days and was carried out by Mipelsa, an integrator that specialises in the implementation and maintenance of electronic products, including those involved in industrial automation. OMRON worked closely with the system integrator throughout the whole process.

The installation and start up in the Normon factory, was extremely fast, previously tested in the Mipelsa laboratory after building a similar work area, and it was here where a fine tuning to fulfil all the performance and safety requirements was done, highlighting that was very easy from the Normon point of view to make the commissioning in just one week working in production mode.

Normon was pleased with the help and advice provided by both OMRON and Mipelsa, including a redesign of a tray holder to include a slight bend in one of the tubes holding the structure, which resulted in a more robust construction, this being the most relevant in the application to reduce the presence of humans in an “A class” working area as specified by the FDA in their requirements. No modifications in the environment were needed when integrating the robots, which were ready for trials within a week.

OMRON’s project manager, Miguel Ángel Esteban, says: “Since the first implementations of OMRON mobile robots in 2018 and 2019, Normon now operates one of the first and largest mobile robot fleets in Europe, with 18 mobile robots in service. According to Normon, the project was a huge success when the robots have demonstratively boosted production after one month in operation.”

This proved to be the case- productivity improved significantly, as 111 000 vials could be transported in 40% less time than before, reducing the length of stay in the plant’s “A class” area. This means that the production process that previously took one and a half shifts can now be completed in less than a shift. The FDA regulations require no people to be present in an “A class” area, and this has been made possible thanks to OMRON’s mobile robots.

As the OMRON robots have exceeded Normon’s expectations, additional future implementations are being planned. Miguel Ángel Esteban concludes: “Intralogistics solutions such as this are key to meeting the needs of our pharmaceutical customers, especially in clean room environments. With the newest additions to our mobile robot fleet, including mobile robots capable of transporting heavy loads, we can offer a solution to a wide range of applications.”

As a leader in industrial automation, OMRON has extensive lines of control components and equipment, ranging from vision sensors and other input devices to various controllers and output devices such as servomotors, as well as a range of safety devices and industrial robots. By combining these devices via software, OMRON has developed a variety of unique and highly effective automation solutions for manufacturers worldwide. Based on its reservoir of advanced technologies and comprehensive range of devices, OMRON set forth a strategic concept called "innovative-Automation" consisting of three innovations or "I”’s: Integrated (control evolution), Intelligent (development of intelligence by ICT), and Interactive (new harmonization between people and machines). OMRON is now committed to bringing innovation to manufacturing sites by materializing this concept.