Stable grids in a greener world

Stable grids in a greener world 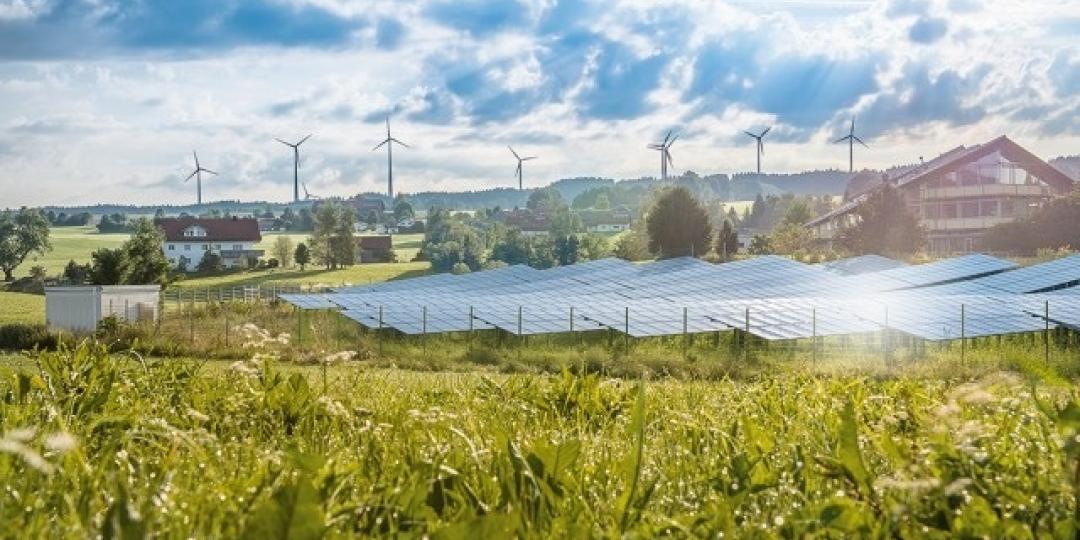 A major refurbishment of the Moyle Interconnector in Northern Ireland brings new opportunities for owner-operator Mutual Energy, as renewables generation soars and the infrastructure’s control and protection system is modernised to adapt to a dynamically evolving market.

The Moyle Interconnector carries 500 MW for 64 km between Ballycronan More in Islandmagee, County Antrim, Northern Ireland, and Auchencrosh, Ayrshire, Scotland. The names have poetry in them. Where the submarine HVDC interconnector comes ashore on the Irish side of the North Channel, so does the landscape: The dramatic scenery made it a central filming location for numerous scenes in the HBO series “Game of Thrones.”

Unlike many of the tourists who flock to the area, Moyle’s owner, Mutual Energy, does not have its mind on dragons, but rather on stability, resilience, and optimising its offering for partners in both the all-Ireland Integrated Single Electricity Market (ISEM) to the west of where the interconnector comes ashore and the British market at the east; the two have been coupled since October 2018, meaning the direction of the interconnector flows are determined by relative prices in the two markets.

Facing growing pressure from a dynamically evolving market, Mutual Energy – a mutual company whose sole purpose is to benefit the energy customers of Northern Ireland rather than returning profits to shareholders – has contracted Siemens Energy to deliver a major refurbishment project, which has just concluded its Phase 1.

Market changes include significantly greater load from renewables and a market structure that is in many ways unrecognizable from when Moyle was originally built.

As Mutual Energy’s Tim Cox, an experienced regulatory analyst, notes: “When Moyle went into operation in 2002, it was really built for security of supply for the Northern Ireland consumer to keep energy prices down. But the way that market has evolved means that with the establishment of an all-island market in Northern Ireland and the Republic of Ireland, transmission rights were available to a larger portfolio of customers.”

Then, when the market integrated with the European day-ahead market in 2018, those transmission rights became available to an even larger portfolio of players. “This happened at the same time that the onshore TSOs established capacity mechanisms for recognising the contribution assets provide to security of supply,” explains Cox. “Interconnectors now qualify, because they provide access not just to a single asset, but to a fleet of assets on the other side of the interconnector.”

What does this mean, in practice, for an HVDC link like the Moyle Interconnector?

Cox adds: “As the onshore TSOs find their generation mix evolving, the market for ancillary services has been keeping up with that evolution. So, we find that there is demand from our partners, the onshore system operators, to use the interconnector and other assets for the delivery of frequency support and other services to the grid. That was not at the forefront of our mind when Moyle was built.”

As a result, the upgrade is crucial to support TSO partners and capitalise on the opportunities provided to Mutual Energy. “Having a modern control system that is flexible and can adapt to changes in the networks and the onshore systems really is important for us to be able to support the onshore system operators,” says Cox.

HVDC refurbishments are complex projects. Mutual Energy and Siemens Energy have defined the scope of their work as the detailed design, manufacturing, factory testing, installation, and commissioning of the control and protection system (including the replacement of auxiliary supplies, valve base electronics, and the measurement system), and the supply of a control training simulator.

As operations manager Sam Gibson explains, disruption will be kept to a minimum: “We’ll do one pole at a time, which means that we will have 250 MW of capacity right through the project, except for a short period in the middle. Our target is to be commissioned toward the end of September 2022.”

He adds: “I think we have been through it in a very systematic way with Siemens Energy with a view to managing risk at all times. The contract we’ve agreed with Siemens Energy puts a lot of recognition on meeting outage windows. It has been drafted with performance as well as reliability and availability in mind.

We’ve got good teams on both our side and Siemens Energy’s side that are working very positively together; working very closely on issues with an openness to problem solving.”

Much of the work can happen off-site, in Siemens Energy’s workshop in Erlangen. As Laura Stolle, Technical Sales HVDC at Siemens Energy, explains, the preparation and pre-assembly ensure minimal disruption to daily operations on-site: “We will be engineering the whole system, testing and commissioning the setup off-site in Erlangen. The software will be implemented in the hardware, then everything will go on-site; we’ll implement the new control cubicles; valve-based electronics (VBE) and some changes to the measurement systems.”

Tim Cox says the refurbishment will facilitate new opportunities for the company and allow it to fully support ambitious efforts to decarbonise electricity generation by partners across the United Kingdom and Ireland. To do so, the HVDC’s control system needs to be capable of helping it react fast to market dynamics.

Explaining Mutual Energy’s ability to participate in capacity markets, he says: “In Great Britain, for example, we receive a derating from our headline capacity, and we will receive a capacity payment based on that derated capacity. In return, there is an expectation that we will deliver energy at times of system stress.” On the Irish single market side, the principle is similar, but in practice, the company also receives payments for the availability of the interconnector. “However, there’s a recognition that the flows on the interconnector will be determined by the market. Both of those are important obligations and they come with some potential downsides in terms of penalties if they are not met,” he notes.

The refurbishment comes as renewables penetration continues to grow. “Northern Ireland’s transmission system operators SONI and EirGrid have the aim of getting penetration of nonsynchronous generation – wind and solar and HVDC – up to 75% probably by next year,” says Cox. “They have calculated what kinds of support the network would need. It turns out, the biggest support is frequency response. And the major advantage of interconnectors is that they are quite good at delivering frequency response in large quantities.”

As the UK’s businesses and policy makers continue their efforts to decarbonize, this 20-year-old system looks set to have a new lease of life. With overload capability, the upgraded Moyle Interconnector will have greater operational flexibility and, critically, the ability to provide ancillary services that help underpin an ever-cleaner UK and Irish market.