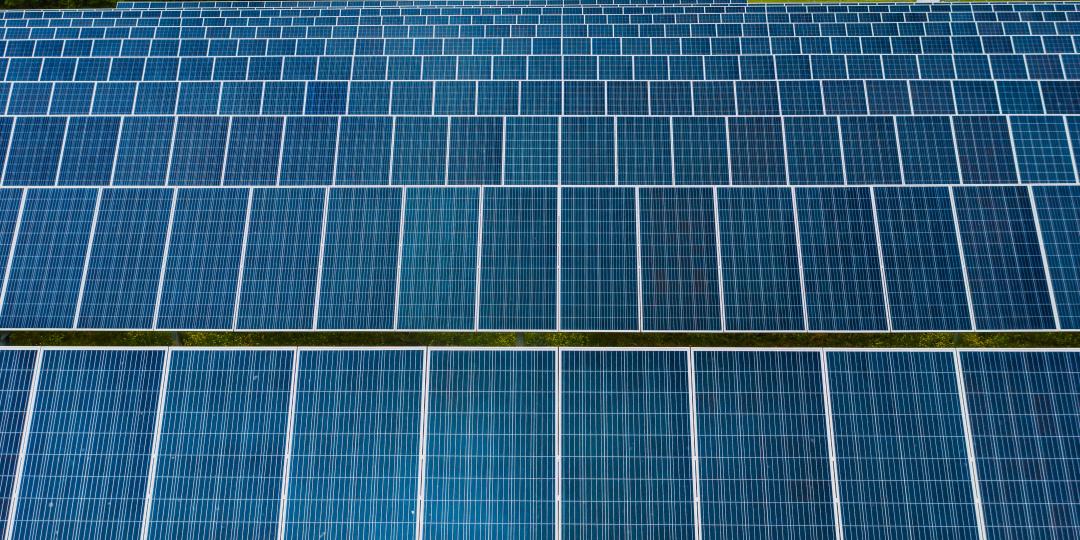 The devastation of the nation’s coal belt, Emalahleni (formerly Witbank) and surrounds, where 5000 people perish every year due to lung diseases, and where childhood asthma is rife, is sufficient evidence that the need for cleaner energy in South Africa is urgent.

Nevertheless, the mines and coal-fired power stations are the lifeblood of many communities, and to abandon them would result in a landscape of ghost towns, and a human tragedy of mass unemployment. I therefore fully support the DMREs’ plan to repurpose these areas, preferably by retro-fitting existing coal-fired plants with renewable energy plants and/or battery storage solutions,  and training people in new skills to ensure that jobs can be transferred.

The COP26 conference, which took place in Glasgow last month, could however, herald solutions to some of Eskom’s woes.

The Paris Climate Agreement of 2016 acknowledges the duty of developed nations, who are responsible for the bulk of greenhouse gasses emitted thus far, to assist developing nations in their efforts to decarbonise, and mitigate risks associated with climate-change.

In what President Ramaphosa has called a ‘watershed moment’, at COP26 a coalition of developed nations (the EU, France, Germany, the UK and the USA), committed R131-billion to help South Africa - currently the continent’s biggest polluter, and 12th biggest globally - to affect a just, inclusive energy transition.

Faced with international pressure to decarbonise, and the local economic imperative to liberalise and allow competition-driven efficiency, South Africa’s state power utility initiated its unbundling process from a vulnerable position.

Saddled with almost R400-billion in debt, and an ageing coal fleet that is increasingly unable to meet national grid demands, the embattled utility plans to separate into three divisions for its three primary functions: generation, transmission, and distribution, with each entity expected to be allocated a portion of the debt. There are legitimate concerns around how these entities will raise capital and stay afloat while shouldering such great arrears.

Our task now is to bridge the gap between a beleaguered parastatal and their progressive vision to achieve carbon-neutrality by 2050. The IRP 2019 outlines SA’s stepping stones to reduce coal’s contribution to the energy mix to below 60%, in favour of renewables like wind, and PV technologies, which would account for 25% of our energy mix by 2030. Municipal Energy Resilience (MER) funds, currently seeing success in the Western Cape, could be rolled out to facilitate municipal generation in other provinces.

Although it’s a relatively small fund, only for preparatory work, by focusing on getting IPPs up-and-running, MER is giving the Western Cape energy sector a notable boost, bolstering domestic and industrial energy security, and bringing them into better alignment with the DMRE’s progressive decarbonisation and circular economy goals.

The DMRE’s REIPPPP programme also heralds strong prospects for the renewable energy industry, and job creation in 2022. REIPPPP projects have already created some 40 000 jobs in SA, spread over some 100 sites procured by the IPP office during the first five rounds of IPP bidding. In accordance with its vision for a just, inclusive transition, REIPPPP project applications must include 20-year commitment plans, detailing the project’s projected socio-economic impact, and potential contributions to just employment and economic transformation.

With Round 6 planned for 2022, and Round 7 to follow in late 2022 or early 2023, many new jobs look set to be created at solar and wind plants, especially in the nation’s three Cape provinces where the bulk of SA’s renewable energy is produced.

Earlier this year, new policy amendments were announced that exempt IPPs with up to 100 MW output capacity from previously onerous Nersa licencing. This relaxing of red-tape, in conjunction with REIPPPP bidding coming up again soon, and the fact that renewables are now the most competitive generation source, present an exciting landscape for renewables in 2022 and beyond.

Entire markets may start to open up for embedded generation, energy wheeling and power brokerage, with new legislation allowing complex energy mixes and innovative financing models. Renewables present significant opportunities for investors who are eager for their ‘place in the sun'.

Government collaboration with the private sector and international stakeholders, who possess the capital and expertise to unlock the rich potential offered by renewables in SA is imperative. This will further create an attractive investment environment, in which long-term Power Purchasing Agreements (PPAs) between IPPs and state utilities provide predictable cash flows and yield regular dividend pay-outs for investors.

Industry players are cautiously optimistic that next year could herald an accelerated drive towards the just, inclusive energy transition enshrined in our IRP, in which all South Africans will be the beneficiaries of a cleaner, brighter future.

Fourie is one of the executives at the helm of Scatec’s ambitious new RMIPPP-endorsed 150 MW flagship twin hybrid PV-and-storage site in the Northern Cape. Sporting 2 million individual solar panels, and an initial Capex of around US$1-billion, the plant will be one of the biggest hybrid plants of its kind in the world.

With a background in electrical engineering, a knack for business, and a passion for sustainability, he has specialised in renewable energy projects for over a decade.

Fourie’s natural flair and passion for business became apparent while working in this space, and he augmented his technical qualification in electrical engineering with solid business credentials in the form of an MBA from the Graduate School of Business at UCT.

Fourie’s love for South Africa and the natural environment, the landscapes and the flora and fauna, is core to his passion for sustainability and his current role at Scatec perfectly encapsulates his three-pronged passions for sustainability, business, and the technical side of large-scale power generation.

“Being part of an industry that accomplishes power generation, decarbonization, and job creation is a very fulfilling pursuit. We give power to the people on many levels. I get up excited for work, and I’m proud to tell my children about what we do at Scatec,” he says.