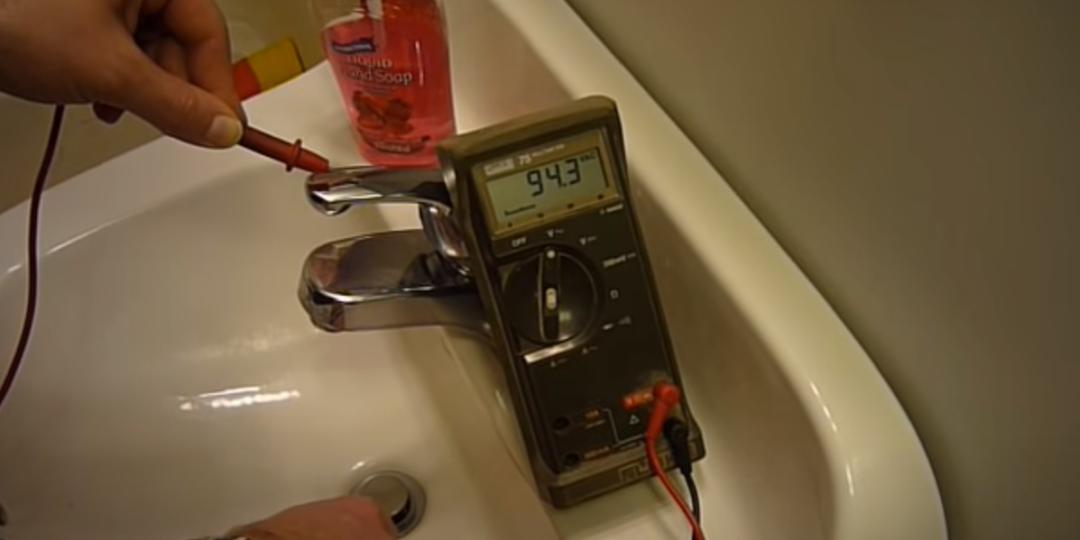 As an electrical engineer, I have heard some very strange stories regarding electric shocks over the years, including the case where a homeowner using an edge trimmer caused his neighbour’s taps to go live.

The case I wish to share with you today, dear reader, is not quite as complicated as that but bears telling and might shine some light on the deteriorating condition of many municipal electrical distribution networks.

The story begins several years ago. I live in a fairly old suburb, which still uses overhead distribution on street poles. Despite the regular theft of a span or two of copper, which resulted in joints in virtually every span, the electrical supply was fine. The number of joints gave problems, however, with occasional hot spots and sparking, but nothing unmanageable. Over time the thieves changed their strategy and took to stealing the neutral conductors, which caused all sorts of over- and undervoltage problems.

Then one stormy night the wind broke a large branch off a tree on the pavement. As the branch fell to the ground it pulled a few spans of distribution cable with it. The joints in the cable made it possible to break the conductors easily. This resulted in loss of power and lights for everyone supplied by those conductors. But mobile phones still worked, and soon the local neighbourhood network started buzzing with stories of residents being shocked by their bathroom taps, although the power should have been disconnected by the protection system in the transformer station.

A tingle on my hand while opening my metal gate gave me a clue as what might be going on. The gate is connected to the domestic earth through the gate motor, so the voltage somehow reached the domestic earth, probably via the neutral. Isolating both earth and neutral at the main board solved the problem.

To understand this, it would be helpful to look at the details of the distribution system. Our distribution network uses the TCNS system illustrated below for single- and three-phase connections.

The local utility’s answer to the damage was a common one today, namely, to install aerial bundled cable (ABC) to replace the separate overhead copper conductors, as this is easier to install and less likely to be stolen. The problem with that though is that ABC has a smaller conductor cross-sectional area than the original copper conductor, and uses aluminium, which has a higher resistivity than copper, with a resultant increase in cable resistance. This proved to be an important factor for what happened later. Furthermore, ABC does not provide multiple earths.

All went well for a while, with no more cable theft and no more bath shocks. The episode began with a major failure of the cable feeding the local transformer, resulting in no power supply as repairs took place. When power was restored however, the electric shock problems started up again, with the same claims of shocks from bathroom taps. A “fire” at the local transformer caused a jolly rumpus, with the fire department and repair crews rushing to the scene. The cause turned out to be an “overloaded cable” which had overheated.

Everyone wanted to know what had happened and peppered the repair crews with questions. We were told that “there was only a single pole available instead of three, and the cable had to carry the load of three poles”.

It turned out that what was actually meant is that there was only one phase of the cable feed available, and thus all three phases of the street distribution had been fed from the same phase. Normally, with a balanced three phase distribution system, the currents in the neutral cancel out and there is virtually no volt drop in the neutral conductor, and hence no voltage to earth on the protective earth at the consumer premises.

With a single-phase feeding all three phases, the current flowing in the neutral was three times the phase current, which caused the cable to overheat and generate the smoke everyone saw billowing from the transformer cabinet. It also resulted in a significant voltage drop in the neutral conductor. The further the consumer is from the transformer, the higher the voltage will be. Voltages as high as 17 V have been measured by neighbours.

In a new installation, the water supply will be run underground from the water meter, and the shiny galvanising or clean copper will provide a very effective site earth, so that although the TCNS system does not use an intentional site earth, this is provided by the water pipes. There should, therefore, be no difference in potential between the neutral connection and ground.

The situation in our suburb, is slightly different. Most of the houses are more than 50 years old, and the shiny galvanising on the water pipes has been replaced with a thick layer of insulating rust, leaving the internal water pipes at neutral potential. This was adequately shown when I had to trace a water leak recently. Digging up the pipes in search of a rust-free section proved fruitless, so I had to replace the whole pipe from the meter to the house with plastic pipe. The phenomenon of only the bathroom taps being affected can be explained by the fact that people are generally barefoot in the bathroom and the floor can be wet, whereas in the kitchen one’s feet are usually shod, and floors are tiled or covered with an insulative covering.

An interim solution, while waiting patiently for the utility to replace the cable, was to drive an earth spike, or a conveniently long piece of shiny new galvanised water pipe, into the ground close to the point where the water pipe enters the premises and bond the spike or pipe to the water pipe. This violated TNCS, as it could have resulted in circulating earth currents (with a three-phase feed), but still provided a higher measure of safety than the situation without a site earth, until we got our three-phase distribution system repaired.