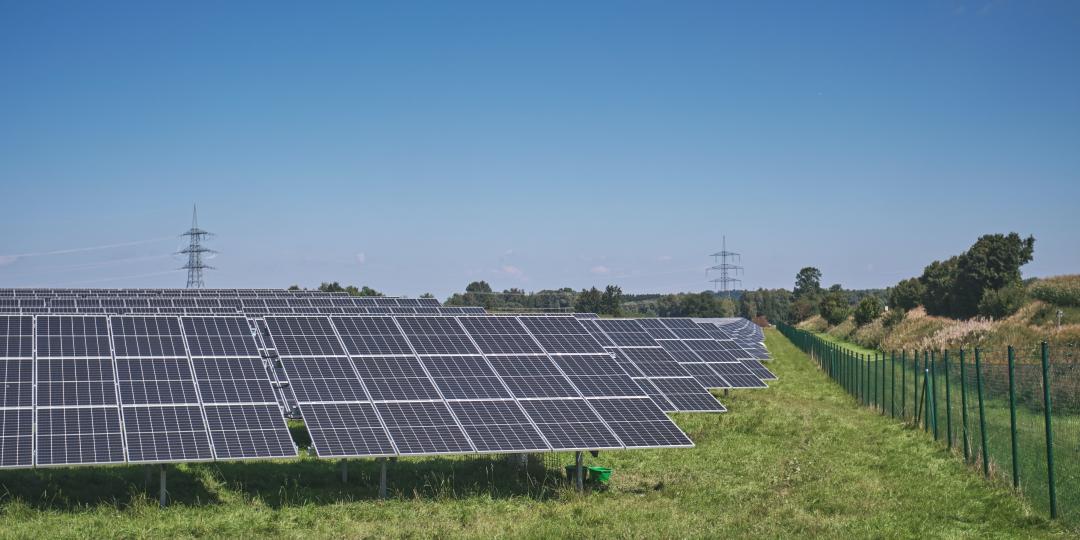 As the deadline approaches for the ‘financial close’ phase of the Risk Mitigation Independent Power Producer Procurement Programme (RMIPPPP), it is clear that renewable energy technologies have caught up with their fossil fuel competitors – which is good news for South Africa’s sustainability aspirations.

The awarding of preferential bidder status to eight companies earlier this year demonstrated what could be regarded as something of a turning point in perceptions about renewables. The RMIPPPP had called for bids to supply 2000 MW to meet the immediate electricity supply gap, and another 11 813 MW from various energy sources.

The bids came from private producers who planned to use energy sources ranging from liquified natural gas (LNG) and diesel (mainly as back-up) to solar photovoltaic (PV) technology and battery energy storage systems (BESS). This provided a useful opportunity to gauge how the cost differential had closed between renewable energy generation and storage on the one hand, and fossil fuel options on the other.

Of course, it needs to be remembered that the final awarding of the bids will be based on value-for-money propositions, which can only be finalised at financial close. However, it is clear that technology improvement in renewable power generation and battery storage is continuously driving down its cost. This can be clearly seen in the cost comparison between the preferred bidders, as outlined by the Department of Mineral Resources and Energy (DMRE).

In its announcement, the DMRE noted that the prices for the proposed solutions ranged from R1468/MWh to R1885/MWh – with a weighted average price of R1575/MWh. This indicates that there is no longer much difference in the comparison, especially when factoring in the externalised costs of burning fossil fuels. While the US Energy Information Administration puts the carbon dioxide emissions of LNG at almost half that of bituminous coal, there are growing arguments against South Africa becoming over-reliant on LNG.

Such arguments and others against the use of fossil fuels have as much to do with the country’s general air quality as with our climate change commitments in terms of the Paris Agreement. According to the World Health Organisation, we are rated 30th in the world in terms of polluted air – with 56 mg of pollutant per m3. By comparison, China’s air had 90 mg/m3, placing it 15th in the rankings; the world’s cleanest air could be found in Finland, at just 12 mg/m3.

Similar environmental concerns exist in relation to the impact of fossil fuels on our increasingly scarce water resources. The exploitation of coal has taken its toll on water quality in mining regions, and considerable water volumes are also used in coal preparation and coal-fired power stations. Climate change will make rainfall more variable and difficult to predict, exacerbating water risks going forward.

The point that is emerging quite strongly is this: the cost competitiveness of leveraging renewable energy through technologies such as solar PV is really no longer in question. The focus has shifted to questions of scalability and base load. The exciting trend here is the rapid growth of battery storage, with its potential to overcome to some extent the natural cycles inherent in renewables.

Like all innovations, this field is replete with opportunities and challenges. Ideas need to be practically applied before they can be proven, and ongoing implementation will build an iterative process of continuous improvement. For South Africa, the recent DMRE announcement of the increased licence threshold for renewable energy production by private developers from 1  MW to 100 MW is an important step forward. There is certainly a level of pent-up demand for opportunities like these in the mining sector – and this can pave a path of technological exploration on our home soil.

Fortuitously, the increase in commodity prices may place a number of our local mining companies in a good position to roll out their private energy generation plans sooner rather than later. It is clear that, with the unrelenting rise in utility electricity prices – combined with national energy shortages threatening security of supply – mines and industry have a solid economic justification for capital expenditure in this direction. Their success in implementing such schemes – combined with the growing contribution from private producers in the Renewable Independent Power Producer Programme (REIPPP) – will inform the extent to which South Africa will need to rely on gas as a ‘steppingstone’ to a cleaner energy future.

South Africa’s higher-than-average solar-radiation levels range between 4,5 and 6,5 kWh/m2 in a day, giving us a clear competitive advantage in pursuing solar PV options. Our annual 24-hour global solar radiation average of about 220 W/m2 puts us well ahead of the United States with their 150 W/m2, and the level of about 100 W/m2 for Europe and the United Kingdom.

We can also take advantage of the high efficiencies of the latest global technologies in solar PV panels. Such is the pace of development in this field, that we could expect to see a trend in private solar energy developers upgrading their panels and related equipment even before their 20-year off-take contracts with the national utility expire. This opens the door to a highly cost-effective increase in solar-powered electricity output from existing solar farms. Where a solar energy facility is already in place – complete with its infrastructure and compliance permits – it is likely that power production can be raised considerably by replacing original panels with new, more efficient substitutes.

Pivoting out of the fossil fuel economy, of course, will fundamentally disrupt our coal industry over time; this has raised many justified concerns among stakeholders, especially in terms of job losses and impacts on local economies in coal producing regions. However, the country’s electricity parastatal has taken one step closer to reducing its dependency on coal, as South Africa this week signed a breakthrough deal at the COP26 climate change discussions in Glasgow, Scotland.

The deal includes grants and loans from the United States, Germany, Britain, and France, which will assist Eskom in rolling out renewable energy projects, reducing its greenhouse gas emissions and supporting a just energy transition from coal fired power.

Despite the positive shift, there are also concerns relating to the rate at which solar panels will reach obsolescence, and the environmental impact of disposing of old models. Questions like these will need to be answered creatively and responsibly, to ensure that core principles of sustainability are applied as technology advances.

Recent trends, though, have brightened the outlook for leveraging renewable energy for South Africa’s sustainable development. Seizing the regulatory opportunity for private power generation – and making the most of cost-efficient and clean technology – will contribute towards the country’s movement in the right direction.

SRK is an independent, global network of over 45 consulting practices on six continents. Its experienced engineers and scientists work with clients in multi-disciplinary teams to deliver integrated, sustainable technical solutions across a range of sectors – mining, water, environment, infrastructure and energy.