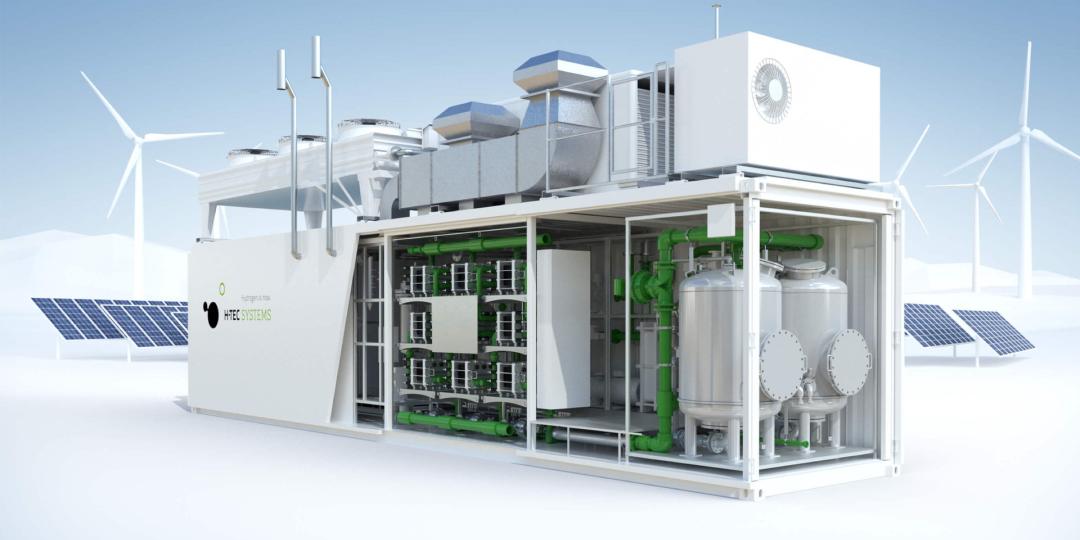 Two H-TEC Systems ME450 / 1400 PEM electrolysers are to be utilised for the “Green H2-Hub Haren” project in Haren. This was announced by project leader CEC Haren GmbH & Co. KG and electrolyser manufacturer H-TEC Systems. The order was placed by the electricity and gas distribution network operator Westnetz.

The research and development project is intended to enable the establishment of a decentralised hydrogen facility.

At the site, green hydrogen will be produced from wind energy and stored in connection with specific regional applications, primarily for the mobility sector. The H2-Hub targets various hydrogen applications in rural areas – in particular in the field of agriculture (parallel project H2Agrar) – based on the production and use of sustainably generated hydrogen. In addition, the project is intended to significantly increase the city of Haren's rate of self-sufficiently produced renewable energy.

The goal is to implement a model that will also develop and prepare a comprehensive integration into the H2 supply infrastructure for other rural locations and regions in Lower Saxony.

Autonomous energy supply for the region

The town of Haren aims to be completely self-sufficient with green energy. New storage units in the H2 hub enable a meaningful use of excess electricity from peak times. The 16 wind turbines of the community wind farm Fehndorf-Lindloh are connected to an innovative PEM electrolysis system, and an additional battery storage system in combination with a superordinate energy management system. In addition, a hydrogen filling station and a gas network feed-in point will be built. In this way, the project enables the transfer of surplus electricity to other sectors, such as heating or transport.

Technology to enable a full supply from renewable energy

A key approach of sector integration in connection with renewable energies is to stabilise wind energy through PEM electrolysis with connected storage. The production of hydrogen will be realised with the help of two electrolysis systems from H-TEC Systems. This will enable new potential for the utilisation of this energy in the form of power-to-gas or power-to-fuel.

In order to facilitate a near-term use of the surplus electricity and to feed it directly into the grid, a battery storage system is utilised. Two lithium-ion batteries with an output of 2 MW and a capacity of 4 MWh help to store the wind power during peak-times. The two electrolysers with a total input of 2 MW convert excess electricity into hydrogen beyond short-term storage and feed it into the Natural Gas Grid. An energy management system optimises storage for Haren's self-sufficiency.

Energy storage using hydrogen in the gas grid provides a significant advantage: large quantities of energy can be stored over a longer period of time. The gas network also enables an easy transport of the energy to the end user.

The electrolysis system consists of two ME450/1400 electrolysers with a total nominal hydrogen production rate of 900 kilograms per day and a nominal input of 1 MW each. The green hydrogen is produced with a purity of 5,0 and can be delivered to downstream consumers at a pressure of 30 bar. The electrolysers are powered by wind power from a newly built wind farm.

The energy system including H-TEC Systems’ electrolysers is scheduled to go into operation in summer 2022.

“The use of hydrogen is an important key to decarbonisation, not only in mobility but also in agriculture. The project in Haren provides a valuable contribution to this and is an important step towards an independent energy supply for the region”, says Frank Zimmermann, CEO and spokesman of the managing board of H-TEC Systems. “We are delighted to be part of this future model project with our electrolysers.”