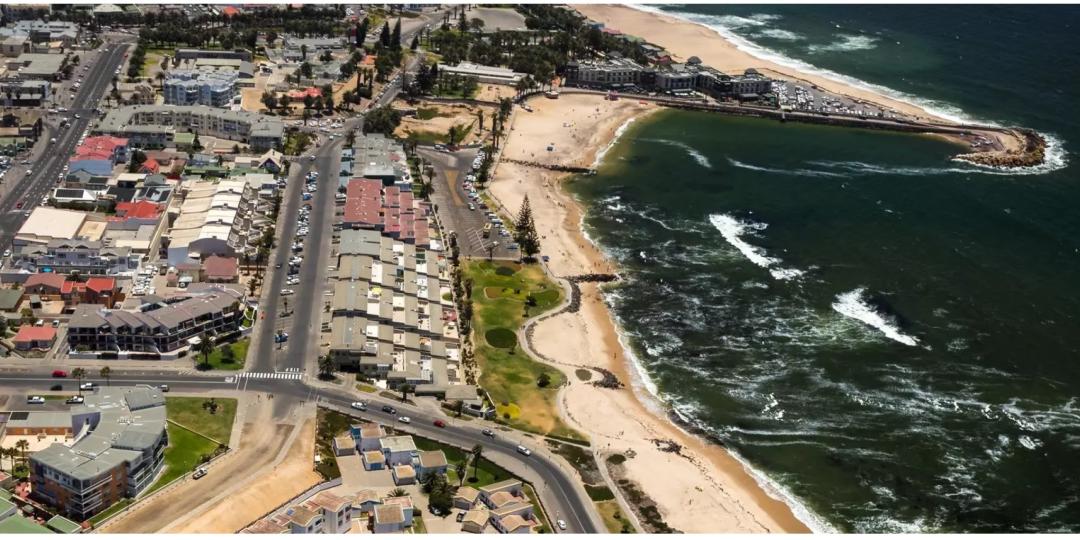 In March 2021, as I launched Namibia’s Second Harambee Prosperity Plan (HPPII), I reflected on the need to emphasise the importance of multilateralism in our efforts to foster an enduring economic recovery.

Namibia’s policy on international relations and cooperation is anchored in multilateralism because our very independence was a product of international solidarity. We are a nation which was midwifed by the United Nations. It is for this reason that as we crafted our green economic recovery plan; we knew that it had to build a more sustainable future for our children and their children.

Namibia is a small, open economy that is impacted by independent intervening variables, including climate change and its disruptive consequences. Our economy is heavily reliant on the agricultural sector, which employs more than 20% of our labour force. Namibia experiences recurrent droughts, the most recent of which have been recorded as the worst in history. These droughts can be linked to climate change, which according to the 2021 Intergovernmental Panel on Climate Change (IPCC) report, is unequivocally a man-made phenomenon. Therefore, Namibians must play a role in crafting climate-change solutions, not just for the sake of our citizens, but indeed for the global community at large.

Accordingly, Namibia is poised to tackle climate change, by establishing a green economy which will drive our economic recovery as envisioned for African countries by African Heads of State during the launch of the African Union Continental Green Recovery Action Plan. In this context, we have ambitious plans to develop green and blue economies as articulated under the economic advancement pillar of our HPPII.

The feasibility of these plans is underscored by the abundant availability of sunlight throughout the year and proximity to billions of cubic metres of seawater and vast marine resources in the Atlantic Ocean. We have the potential to capture around ten hours of strong sunlight per day for 300 days per year. As a result, Namibia has some of the highest solar irradiance potential of any country in Africa, which is sufficient to provide power for our people and our neighbours.

It is with this potential in mind that we have entered into a partnership with the Government of Botswana and the United States – under the auspices of USAID’s Power Africa – which culminated in the signing of a Memorandum of Intent in April 2021. With support from the global community, we intend to use the abundance of sunlight to produce solar power for our own benefit and for our neighbours.

The generation of solar power will complement Namibia’s available green energy portfolio, such as hydro-electricity, which already constitutes more than two-thirds of our installed power capacity. Electrifying key parts of our economy and of our neighbours will spur unprecedented economic activity and growth for Namibia and Southern Africa.

It is well known that clean electricity is not available in sufficient quantities to adequately supply global demand. This challenge was underlined in the Net Zero by 2050 report published by the International Energy Association (IEA), which noted that hard-to-abate sectors – like cement, steel and chemicals, road trucking, container shipping, and aviation – will need green hydrogen if the world is to remain on course to achieve climate neutrality by 2050.

Namibia is better-positioned resource-wise, as well as having the political will to answer that clarion call.

To produce green hydrogen competitively a country would need world-class transmission infrastructure, international port facilities, world-class wind and solar resources, access to sustainable sources of clean water (without displacing existing consumers), lots of land and a conducive legislative environment. These are all ingredients that Namibia has. Already, our country is home to the largest desalination plant in Southern Africa, meaning that the conditions for producing abundant clean water in a desert country are conducive.

Once Namibia has successfully incubated the green hydrogen economy, it will enable the country to become a supplier of energy, rather than an importer. Judging from the scale of the initial proposals submitted to Namibia by interested investors, these renewable projects, relative to the size of Namibia’s economy, will be greatly transformative to the Namibian economy.

Currently, at its peak, the economy consumes about 640 MW of power per annum whereas the proposals presented to government entail investments that could produce ten times that amount of peak generation capacity in the next ten years. But Namibians will not have to wait until 2030 to start enjoying the benefits of our green revolution because construction of the pilot plants will begin within the next twelve months

The required infrastructure for power trading already exists. About 40% of Namibia’s power currently comes from South Africa and is primarily driven by coal-fired power plants. We imagine a reality where Namibia exports clean energy to South Africa thereby assisting the Southern African region to decarbonise.

Namibia also boasts world-class port infrastructure in the cities of Luderitz to the south, and Walvis Bay to the east. Renewable electricity, and green hydrogen and its derivatives, provide Namibia with a real opportunity to attract meaningful foreign direct investment, create well-paying jobs, further diversify its export basket, and improve its terms of trade. Therefore, the development of a green and blue economy, as well as a green hydrogen industry, are some of the cornerstones of the HPPII.

As Namibia embarks on this new frontier, it is imperative that its vision of shared prosperity on the national, regional and global levels is realised. Meaning that we do not neglect those without access to political and economic power today nor exclude those who currently rely on carbon fuels.

Covid-19 has already widened the existing chasm of inequality, a scourge Namibia is all too familiar with. With a Gini coefficient of 59.1, inequality is a foe we have sworn to tackle. This is why, even during these fiscally challenging times, we have resolved to establish a sovereign wealth fund, to ensure that both current and future generations will enjoy balanced and equal access to Namibia's wealth for many years to come.

Namibia also has a sophisticated capital market – the second deepest on the continent – which can absorb project bonds, green bonds, and sustainable bonds. The contractual and collective savings of Namibian citizens equate to more than 100% of our GDP and stand ready to be deployed alongside funds from interested investors. In addition to capital, our tertiary institutions are in the process of establishing a National Green Hydrogen Research Institute, to ensure that the requisite research and development is executed right here at home. This will enable Namibians to capture as much of the value chain as possible.

Namibia is uniquely positioned to become the renewable energy hub of the continent and we are determined to play a leading role in illustrating how environmentally sustainable business practices can be profitable and transformative undertakings.

As the glaciers retreat, wildfires spread, and sea level rises, climate change is at the forefront of our global leaders’ minds. Sustainable financing can change the structure of economies that are bold enough to provide a healthy portfolio of investment opportunities, which are aligned with the global agenda to “build back better”.

Towards this end, we encourage developed nations and multilateral funding intuitions to find innovative ways to deploy affordable capital that is aligned with the science-based urgency to reach worldwide carbon-neutrality targets.

This article was first published by the World Economic Forum and is republished here according to the Creative Commons licence agreement.