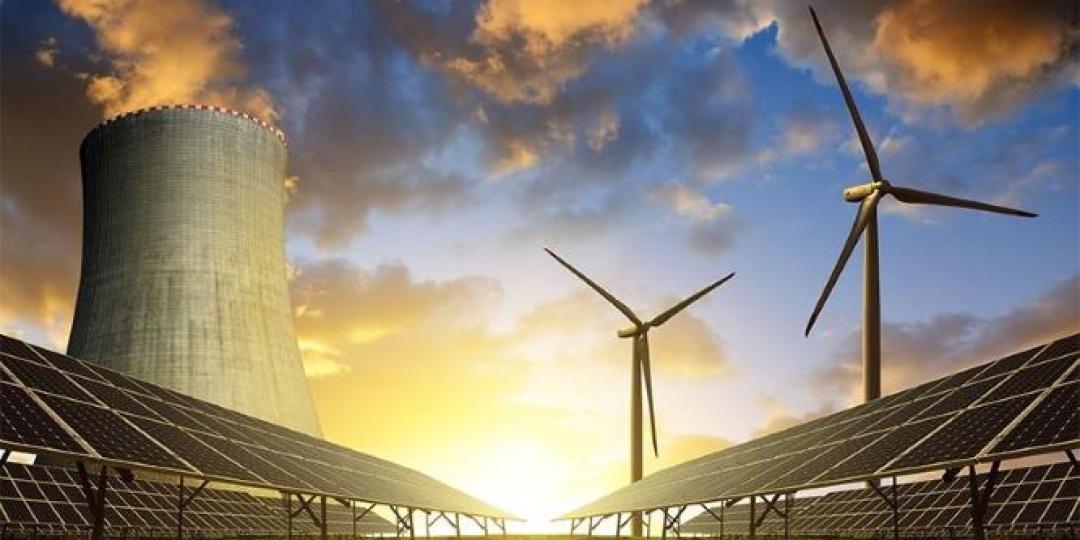 Renewable Power Generation Costs in 2020 shows that costs for renewable technologies continued to fall significantly year-on-year. Concentrating solar power (CSP) fell by 16%, onshore wind by 13%, offshore wind by 9% and solar PV by 7%. With costs at low levels, renewables increasingly undercut existing coal’s operational costs too. Low-cost renewables give developed and developing countries a strong business case to power past coal in pursuit of a net zero economy. Just 2020’s new renewable project additions will save emerging economies up to US$156-billion over their lifespan. 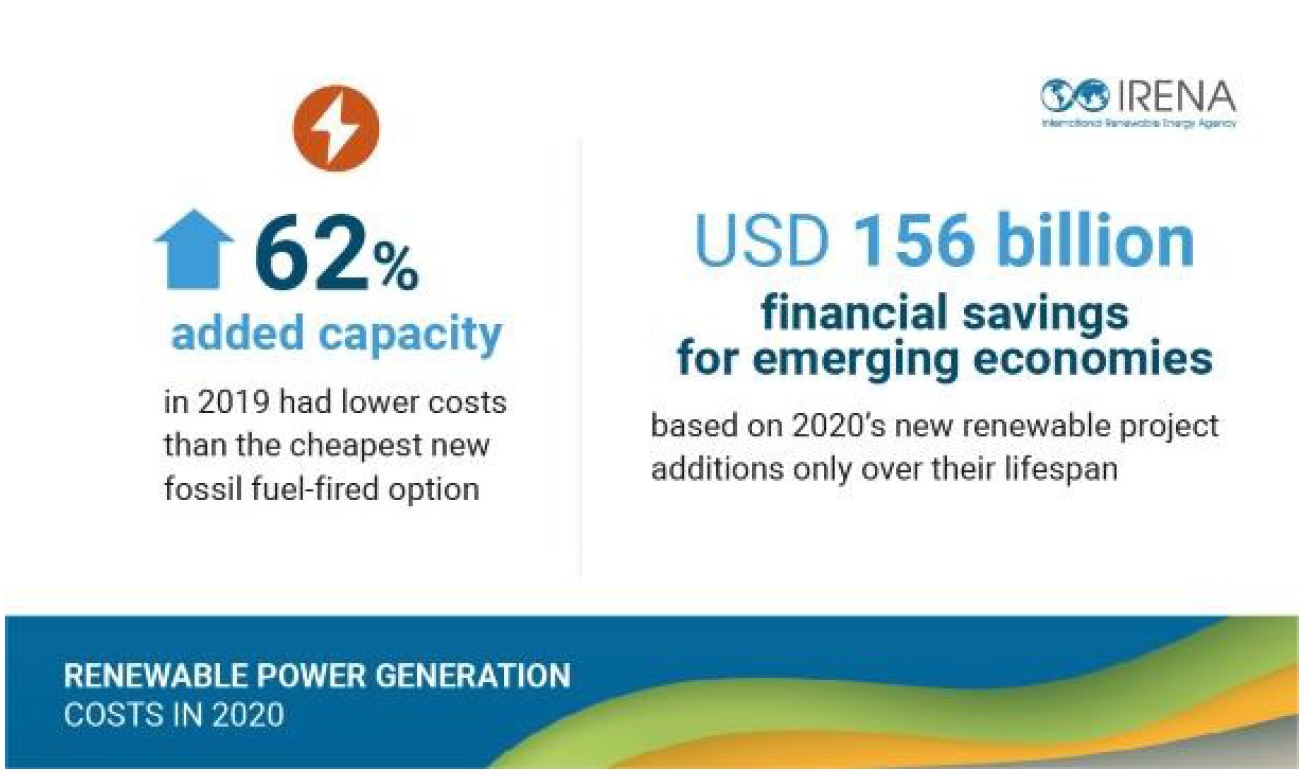 “We are far beyond the tipping point of coal,” La Camera continued. “Following the latest commitment by G7 to net zero and stop global coal funding abroad, it is now for G20 and emerging economies to match these measures. We cannot allow having a dual-track for energy transition where some countries rapidly turn green and others remain trapped in the fossil-based system of the past. Global solidarity will be crucial, from technology diffusion to financial strategies and investment support. We must make sure everybody benefits from the energy transition.”

The renewable projects added last year will reduce costs in the electricity sector by at least $6-billion per year in emerging countries, relative to adding the same amount of fossil fuel-fired generation. Two-thirds of these savings will come from onshore wind, followed by hydropower and solar PV. Cost savings come in addition to economic benefits and reduced carbon emissions. The 534 GW of renewable capacity added in emerging countries since 2010 at lower costs than the cheapest coal option are reducing electricity costs by around $32-billion every year.

2010-2020 saw a dramatic improvement in the competitiveness of solar and wind technologies with CSP, offshore wind and solar PV all joining onshore wind in the range of costs for new fossil fuels capacity, and increasingly outcompeting them. Within ten years, the cost of electricity from utility-scale solar PV fell by 85%, that of CSP by 68%, onshore wind by 56% and 48% for offshore wind. With record low auction prices of $1,1 to 3 cents per kWh today, solar PV and onshore wind continuously undercut even the cheapest new coal option without any financial support. 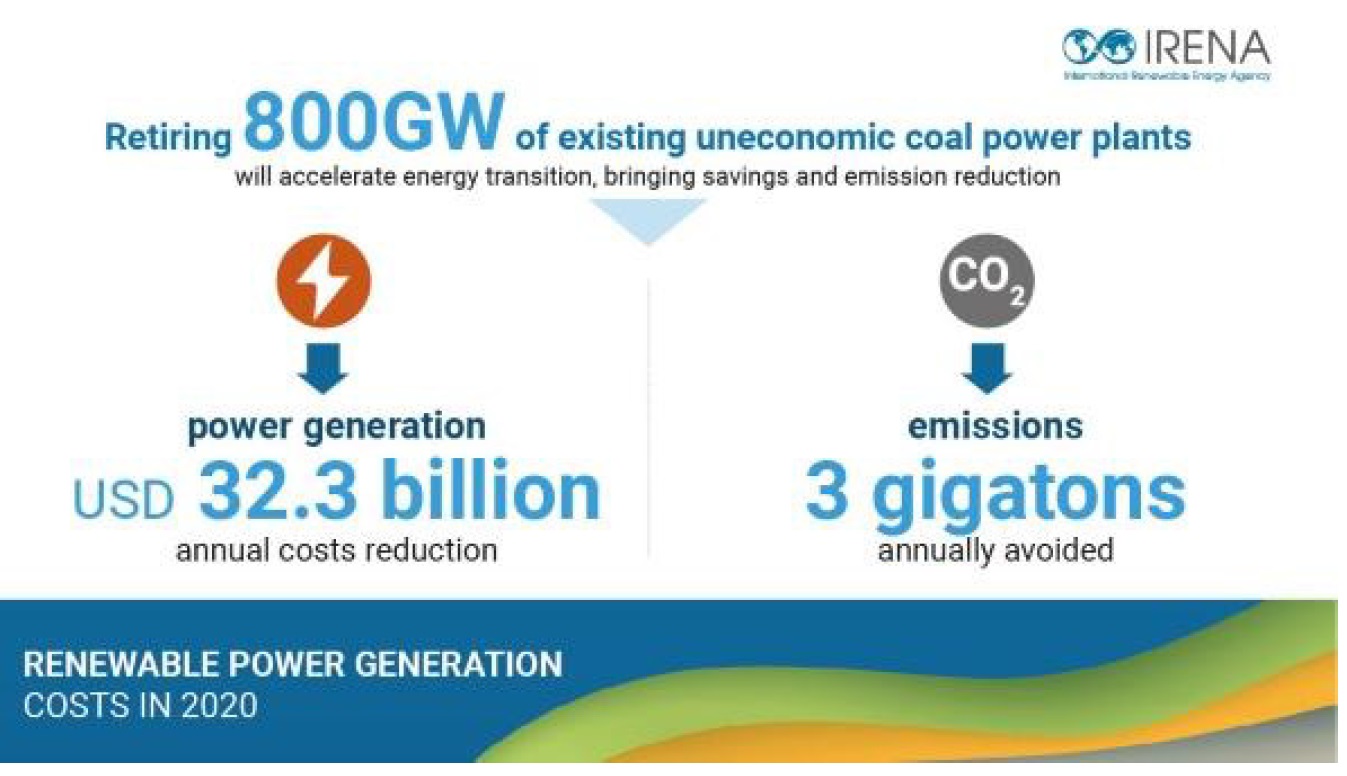 IRENA’s report also shows that new renewables beat existing coal plants on operating costs too, stranding coal power as increasingly uneconomic. In the United States for example, 149 GW (61%) of the total coal capacity costs more than new renewable capacity. Retiring and replacing these plants with renewables would cut expenses by $5,6-billion per year and save 332-mt of CO2, reducing emissions from coal in the United States by one-third. In India, 141 GW of installed coal is more expensive than new renewable capacity. In Germany, no existing coal plant has lower operating costs than new solar PV or onshore wind capacity.

Globally, over 800 GW of existing coal power costs more than new solar PV or onshore wind projects commissioned in 2021. Retiring these plants would reduce power generation costs by up to $32,3-billion annually and avoid around 3 Gt of CO2 per year, corresponding to 9% of global energy-related CO2 emissions in 2020 or 20% of the emissions reduction needed by 2030 for a 1,5°C climate pathway outlined in IRENA’s World Energy Transitions Outlook.

The outlook till 2022 sees global renewable power costs falling further, with onshore wind becoming between 20 and 27% lower than the cheapest new coal-fired generation option. 74% of all new solar PV projects commissioned over the next two years that have been competitively procured through auctions and tenders will have an award price lower than new coal power. The trend confirms that low-cost renewables are not only the backbone of the electricity system, but that they will also enable electrification in end-uses like transport, buildings and industry and unlock competitive indirect electrification with renewable hydrogen.