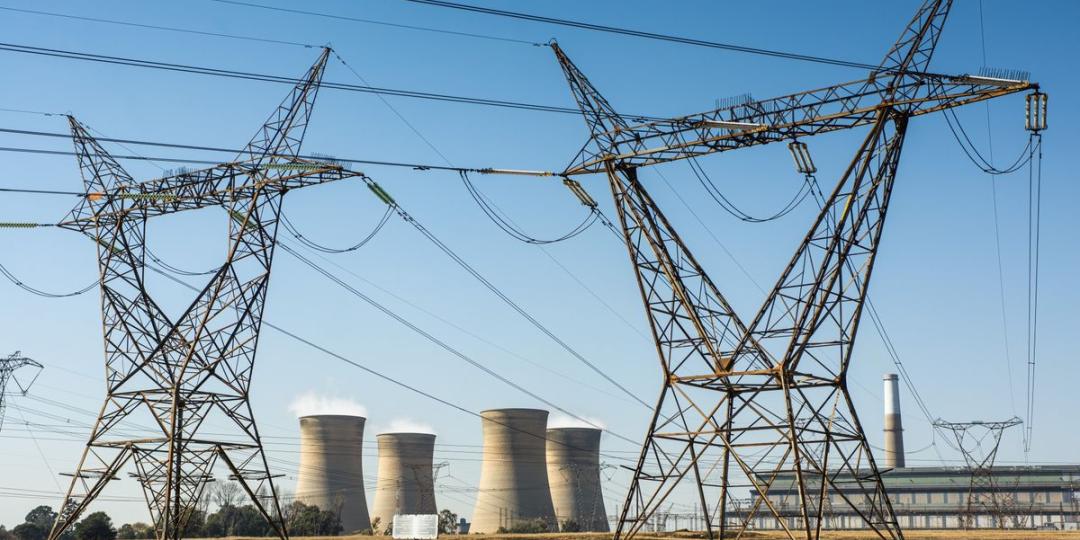 The budget speech by Minerals and Energy Minister Gwede Mantashe to Parliament on 18 May 2021 had journalists scratching their heads. What did the Minister mean when he went off-script and said that “our research and our survey” of 10 000 people indicated that the market was not ready for a 50 MW threshold above which a generation licence is required, and that a 10 MW threshold would do?

An article in Engineering News quoted Minister Mantashe as having said: “There has been a lot of noise about this, but our research and our survey of 10 000 people showed overwhelming support for our move. The majority in the market say they are not ready for 50 MW. The issue of debating between 10 MW and 50 MW is an academic one. The reality is the market is not ready for 50 MW”.

This statement, however, stands in stark contrast to the stated public positions of business, industry, mining and labour associations representing over 25 000 companies South Africa, and their workforces totalling literally hundreds of thousands of employees.

A further article in Engineering News reports that Cosatu general secretary Bheki Ntshalintshali, speaking on SAfm radio, lent support to calls for a raising in the licence-exemption threshold to 50 MW, and appealed to Minister Mantashe to “listen sometimes” to those in the industry who have indicated that a 50 MW threshold would be more appropriate.

“I think those are people who know better, they are involved in the industry, they want to invest, and we see no reason why government should not allow them to do that”, Ntshalintshali is reported to have said.

When queried about the research and the survey referred to by Minister Mantashe, including when and by whom the survey was conducted, the target audience, the questions, the statistics and the demographics of responses and respondents, there was a sudden back-track from the Minister’s communication officials at the Department of Mineral Resources and Energy (DMRE).

“The Minister's remark with regards the 10 000 responses refers to comments received by the DMRE in response to the Schedule 2 amendment of the Electricity Regulation Act Gazetted on 23 April 2021. Receipt of such comments by the Department is standard and for internal use only”, clarified DMRE.

An article in Business Day on 19 May 2021 subsequently reported this about-turn in its headline entitled: “Mantashe now says survey of 10 000 didn’t happen with regard to embedded generation”.

But the media, affected parties and the public were left wondering as to what the Minister actually meant, and where the 10 000 responses to the somewhat obscure and technical notice published in the Government Gazette on 23 April 2021 actually come from.

DMRE officials were rather coy on this, and the intrigue surrounding the matter deepened as further investigation by EE Business Intelligence has revealed a murky and more dangerous side to this unfolding narrative.

It has now been established that the 10 000 responses referred to by Minister Mantashe (which actually totals some 16 000+ responses now) emanate from a somewhat dodgy website platform and company originally known as Dear South Africa, started by one Rob Hutchinson.

After initially establishing Dear South Africa and its website in a private limited liability company, Rob Hutchinson explains that a need arose for a not-for-profit company (NPC), with three directors, in order to access about R1-million of grant funding from a UK-based donor.

Hutchinson therefore teamed up with Ted Blom, a well-known energy commentator in the media, and Sandra Dickson, who ran an advocacy website called Dear Cape Town. Once established, the money from the UK donor was duly transferred into the DearSA NPC entity’s bank account.

However, the not-for-profit entity appears to have been something of a front for the business activities of Hutchinson’s private limited liability company, which owned the real website assets, brands, trademarks and domains, and did the actual work of DearSA NPC. This, no doubt, resulted in some clear conflicts of interest.

It is not surprising, therefore, that things turned sour, and there was something akin to the proverbial “fallout among thieves”. The business of Dear South Africa, under the cloak of not-for-profit, populist, participatory democracy, soon descended into acrimonious disputes and litigation surrounding access to the money.

Reports in Media24, Independent Online and MyBroadband in February 2021 give further details of the sordid saga.

In the meantime, the DearSA NPC entity appears to have disintegrated after Blom and Dickson “fired” Hutchinson, and the UK donor demanded its money back. This was apparently followed by litigation to unblock the frozen bank account, which finally resulted in a recent court order for the liquidation of the DearSA NPC.

At this point, according to Hutchinson, it was found that the money in the bank account had “disappeared”.

It turns out that 10 000 responses to the so-called survey referred to by Minister Mantashe are actually individual emails, sent one-by-one (as opposed to a being sent as a consolidated petition), originating from a campaign on the Dear South Africa platform, that was set up and branded by an entity called the Energy Experts Coalition, a name inextricably linked and associated with Ted Blom.

The Dear South Africa campaign in question was specifically set up so that responses submitted to the DMRE in terms of its call for written comments, appear to come directly by email from the respondent, when, in fact, the responses come from a pre-canned form prepared by Dear South Africa and submitted via its website platform.

A check on the website of the Energy Expert Coalition www.eeco.co.za, shown on Ted Blom’s LinkedIn page, indicates that the domain may have been hijacked by “pirates” based in the Fushan District of Yantai, Shandong, somewhere in China, next to the Chanfu Automobile Repair shop on Xinhai Street.

When contacted to find out about his involvement in the particular Dear South Africa campaign in question, and the fate of the Energy Expert Coalition website, Ted Blom said: “Our website manager has not followed instructions. That petition went out without my checking.” He further says that the Energy Expert Coalition, under whose name the “petition” is sent out, is no longer operating or functional.

Mind already made up?

The real danger in all this is when an important draft amendment to Schedule 2 of the Electricity Regulation Act, that will affect the investment of literally hundreds of billions of rand by the private sector in South Africa, is reduced to a simplistic, populist petition or referendum.

In his budget speech to Parliament on 18 May 2021, Minister Mantashe gave the impression that his mind was already made up regarding the amendment of Schedule 2. This despite the fact that the call for responses only closes on 4 June 2021, and that virtually all substantive responses from affected stakeholders would not even have been received yet.

It is quite extraordinary for a minister of state to cite the unaudited and unverified output and responses of a dubious, third-party, online website platform, in a budget speech to Parliament, to justify preconceived notions of a 10 MW generation licensing threshold. This misconstrues the very essence and purpose of a serious public and stakeholder engagement on the draft amendments to Schedule 2.

The critical thing now is that there should be transparent, rational, fact-based decision-making, taking substantial responses by affected persons and stakeholders into account, and that such decisions should not simply be based on preconceived notions supported by populist responses from a dodgy Dear South Africa campaign.

Background to the draft amendment of Schedule 2

Schedule 2 of the Electricity Regulation Act lists various types and sizes of electricity generation installations that are exempted from the requirement to have a generation license issued by the energy regulator, Nersa. Schedule 2 also endeavours to clarify the regulatory requirements for various power generation activities, including wheeling of power across electricity networks between generators and off-takers, and the trading of electricity.

Licensing and regulation of large, utility-scale coal, gas, nuclear, hydro, wind and solar power plants, may make some sense in view of their land and water use requirements, as well as concerns in respect of public health and safety, air, water and ground pollution, and CO2 emissions.

However, licensing of smaller generation facilities in the range of 1 to 50 MW, such as a solar PV and/or wind power plant with battery energy storage, follows the same licensing procedures as that of a large 4800 MW Eskom coal-fired power stations, makes no sense, and represents a major cost and time burden that is both unnecessary and inhibiting.

The DMRE is therefore proposing an amendment to Schedule 2 to raise the 1 MW threshold above which a generation license is required in a grid-connected facility, to 10 MW. Organised business, industry, mining and labour, on the other hand, feel that this does not even nearly go far enough, and suggest that the threshold be raised to at least 50 MW.

It is clear from a reading of the draft amendment to Schedule 2 that is it is a complex, convoluted and poorly drafted technical document, that needs to be carefully and knowledgably considered in order to understand the nuances and implications of the various clauses and changes proposed.

The draft Schedule 2 therefor clearly requires substantive and motivated responses from affected stakeholders in some detail, and not simply a trivial one-liner response that is typically allowed on a general, petition-type website platform.