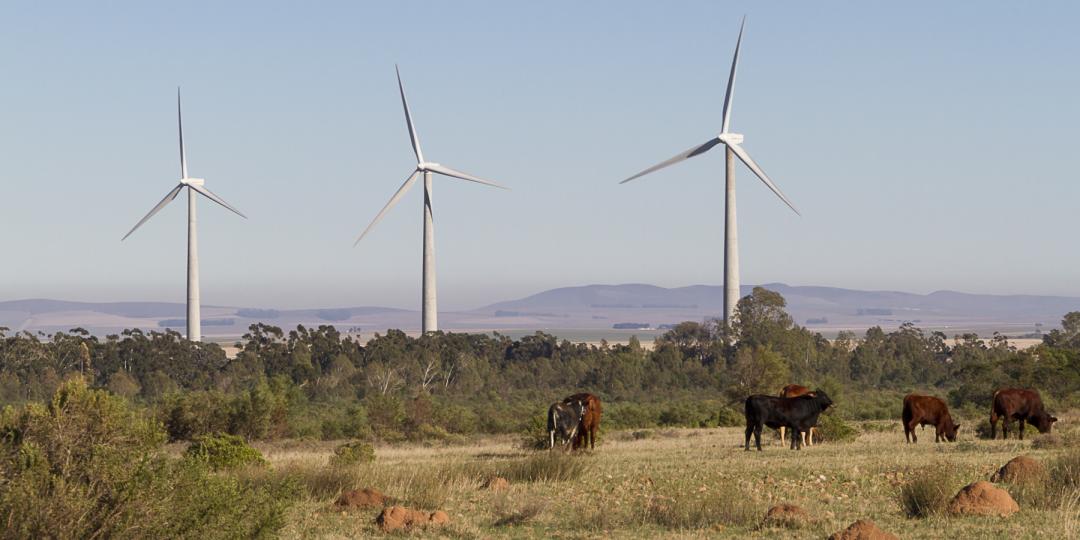 According to the South African Renewable Energy Master Plan: Emerging Actions Discussion Document, “to implement IRP2019 would require over 14 million solar panels and 3600 wind turbines alone. This represents a significant opportunity in employment and GDP contribution through annual production across the value chain – a potential of up to R182 billion annually and 39 000 people employed, to deliver 2600 MW of new capacity online each year in 2030.”

Stakeholders are aware that much of this anticipated investment each year that is expected to flow in from the wind power industry for the next ten years, will come from the economic benefits of stimulating the local value chain. Supporting this, the latest Renewable Energy Independent Power Producer Procurement Programme (REIPPPP) bid window (BW5) introduced designated local content, which over and above the 40% threshold, requires bidders to procure specific components locally. The Department of Trade, Industry and Competition (DTIC) has reaffirmed this stance on local procurement and the protection of local industry, issuing a briefing note to the Department of Mineral Resources and Energy’s Independent Power Producer Office (re-issued 28 January 2022).

The note addresses the DTIC’s policy position with regards to designated items and the specific condition that only locally produced or manufactured goods meeting local content stipulations will be considered. The DTIC clarified that the exemption of steel and steel components for wind towers is not granted, in support of local production and content.

This is of course, a win-win for the country’s economy as wind turbine towers constitute 20% of the value of a complete wind turbine. Furthermore, as a positive multiplier of economic effects, this ruling helps to drive local investment, jobs and skills, which the country in begging for.

Local OEMs (Original Equipment Manufacturers) are certain that they have more than enough capacity to supply the demand, not only for BW5, but further procurement rounds that the industry expects to come on line during 2022. Not only does South Africa have a local steel tower manufacturing facility with significant capacity, but there are currently also two local pre-cast concrete facilities, one in the Western Cape and another in Prieska, Northern Cape which recently produced concrete towers for Copperton and Garob Wind Farms.

Another advantage for the local economy, is that these concrete towers are 100% local, including raw material such as concrete and rebar steel, aggregates and labour. Hence, this industrial strategy is aligned with the Just Energy Transition Policy and one of many primary benefits of the South African government’s REIPPPP.

“We are certain that South Africa has more than enough capacity to supply the demand and meet the DTIC’s requirements. This is based on the assumption that on average the wind turbines installed in this latest bid window have an unitary power of 5 MW, and that the local industry can manufacture more than 2 GW of towers annually, which is 30 to 40% more than the 1,6 GW of BW5’s capacity,” explained Compton Saunders, Managing Director of Nordex Energy South Africa.

As reported by GreenCape, a non-profit organisation that drives the widespread adoption of economically viable green economy solutions, as the industry gears up to meet the 24 GW of new renewable energy build by 2030, the need for local value creation will increase exponentially, to ensure that the sector contributes of the country’s infrastructural needs, Just Transition objectives, job creation in transitioning sectors, and establishing a local manufacturing base.

OEMs, such as Nordex Energy South Africa, play a key role in stimulating local jobs and skills. The company sees the latest Bid Window (BW5), as an important link in driving the local value chain, which will directly stimulate the domestic job market.

“Job creation and skills development will be a direct result of these consecutive bidding rounds, as they enable local manufacturing to be re-established,” concluded Saunders.