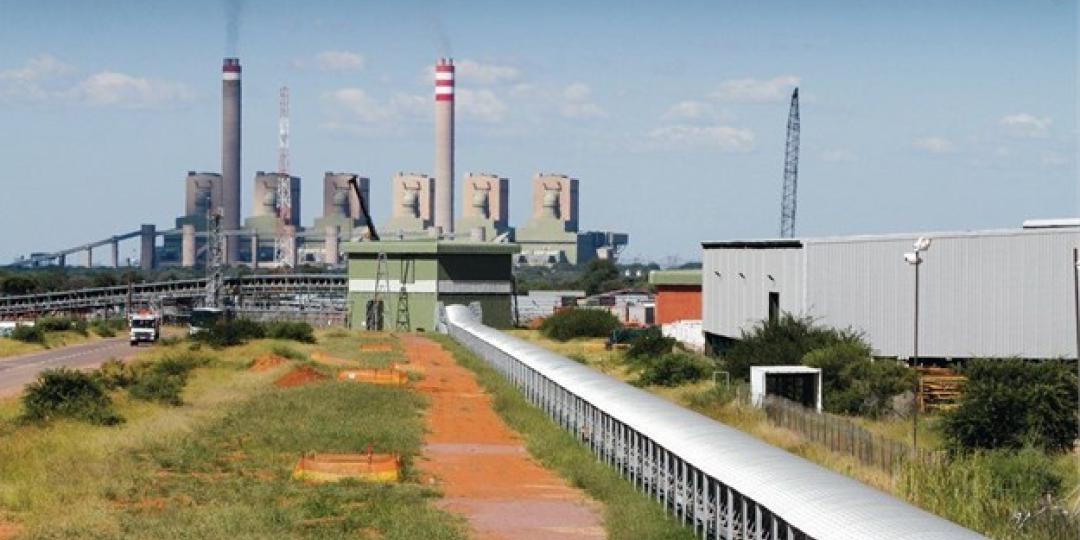 According Eskom, South Africa's power generating state-owned enterprise (SOE), the final generating unit – Unit 1, the last of six generating units to be completed – of the Medupi Power Station Project in Lephalale, attained commercial operation status and was handed over to the SOE’s generation division on Saturday 31 July 2021.

Medupi is said to be the fourth largest coal-fired plant and the largest dry-cooled power station in the world. ​The Medupi Power Station Project in Lephalale is a green-fields coal-fired power plant comprising of six units rated in total at almost 4800 MW installed capacity.

The project is years late and billions of rand over budget. Construction of the plant began in May 2007 and was due to be complete ten years later, i.e., 2017. That was later extended to 2020, but that target was missed, according to Eskom, because of the Coronavirus pandemic during 2020 and 2021.

Medupi incorporates super-critical technology with its boilers and turbines, which enables it to operate at higher temperatures and pressures than Eskom's previous generation plant. Medupi is said to operate with greater efficiency than the SOE's other coal-fired power stations resulting in better use of natural resources such as water and coal.

Eskom’s coal fired power stations – like many around the world – are responsible for poor air quality by spewing tonnes of tiny particulates and noxious gases into the air. Since the power stations operate continuously, the emission of deadly pollutants goes on endlessly.

According to air quality expert Dr Andy Gray, pollution from Eskom's Kendal power station caused the untimely deaths of between 67 and 144 people in 2018, and as many as 130 in 2019, in the Highveld Priority Area.

According to the power utility, this coal-fired power plant has improved environmental performance. However, cost and other constraints have prevented the installation of flue gas desulphurisation to its chimneys. Flue gas desulphurisation equipment reduces the amount of deadly SO2 emitted into the air from the combustion of coal. Thus, Medupi is also spewing deadly pollutants into the atmosphere for those who live anywhere nearby to inhale.

The power station uses a dry-cooling technique which reduces the amount of water used by the plant. All water used is recycled for reuse by the plant, Eskom claims.

On paper, Medupi is a marvellous plant. Although it is a very large coal-fired power station it has been designed to have a minimal impact on the environmental and ambient air quality.

It will recycle all its water and is ready for the installation of flue gas desulphurisation equipment and pulse jet fabric filters, for the removal of most of the particulate matter which is carried up the chimneys by the hot smoke from the furnaces. It was designed to incorporate low NOx burners which would reduce nitrogen oxide emissions.

But when will these installations be done? Given Eskom’s financial predicament, we probably shouldn’t expect to see them done any time soon.

Medupi power station has been designed to protect ground water by lining its ash dams and coal stockyards. The power station will operate under Zero Liquid Effluent Discharge (ZLED) principles meaning that all treated effluent generated by the power station will be re-used and not released to the environment. The planned operational life of the station is 50 years.

Commercial operation status means that technical compliance to statutory, safety and legal requirements have all been met. Unit 1, like the previous five Units before it, was officially declared commercial after the completion of the Unit’s optimisation, control demonstration, as well as 72-hour and 30-day reliability runs.

Unit 1 was first synchronised to the national grid on 27 August 2019 and reached the full load of 794 MW on 05 December 2019. During this testing and optimisation phase, Unit 1 contributed intermittent power to the country’s electricity supply.

At its peak during construction, the Medupi project directly employed more than 18 000 people on building activities, while another 2000 supporting employees were employed on site. The capital cost of the project is R122-billion so far, and Eskom expects to spend in total under R135-billion on completion of balance of plant.

Since the construction of the project, Eskom has been working with the nearby communities in the Limpopo province. More than 4600 artisans, technicians, engineers and managers were formally trained by our contractors, exceeding Eskom’s local skills development target of 3071. More significantly, over 60% of the beneficiaries were local residents and from Limpopo province.

As part of the Medupi legacy project, Eskom invested more than R2,9-billion on socio-economic development initiatives to address some of the immediate social needs of the local communities. Since its inception, over R145-million was spent on corporate social investment benefitting over 80 000 people with a special focus on rural development, education and health infrastructure.