Mantashe and the NNR headed to court

Mantashe and the NNR headed to court 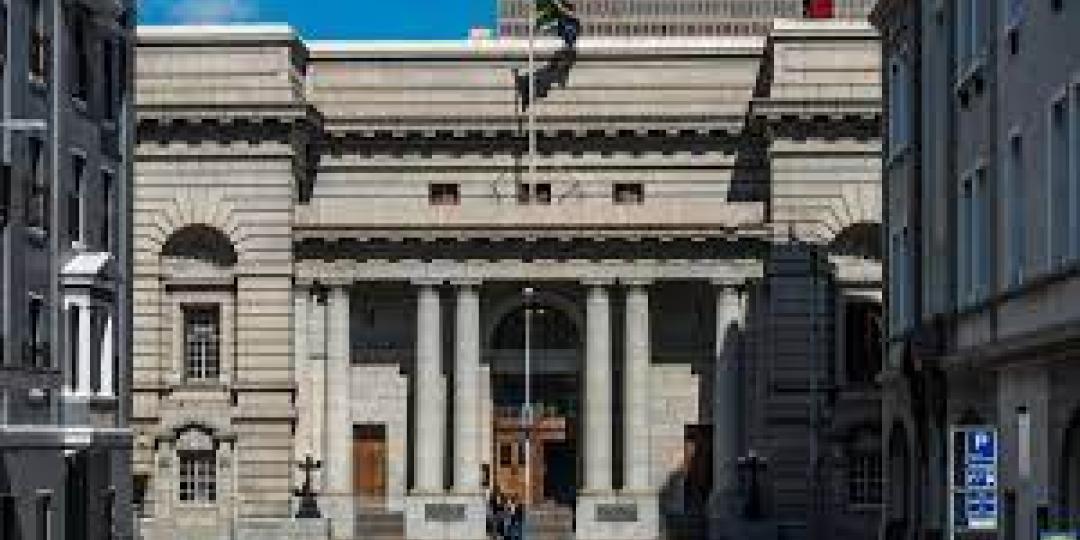 After appointing Peter Becker to the Board of the National Nuclear Regulator (NNR) in June 2021, Minister Mantashe fired him in February 2022. Becker has launched an application in the High Court to have this decision reviewed. If successful, it would mean that he would return to his position on the NNR Board.

The Minister’s decision to discharge Becker was based on a complaint in July 2021, shortly after he was appointed. The founding affidavit submitted to the court paints a picture of a decision by the Minister based on unsubstantiated allegations combined with a misunderstanding of the role of the NNR.

After the complaint was presented in a Board meeting of July 2021, the Board agreed to get an external legal opinion on the allegations. Annexure PB7 of the court papers reveal that this was written into the minutes as follows: “That Management must prepare the Terms of Reference/brief smartly so that the results would be meaningful.” Those terms of reference were not provided to either the Board or to Becker, but were sent to MacRobert Attorneys who prepared a legal opinion. That document was not shared with the Board before it was sent by the Chair in early October 2021 to the Department of Mineral resources and Energy (DMRE) for the attention of the Minister. This was done without the Board considering it, or resolving that it should be sent to the Minister.

The twenty-two page MacRobert opinion contains glaring errors and was “without any merit at all” according to Becker’s attorneys, Chennells Albertyn. It ignored critical evidence and made such basic and fundamental mistakes that it is irretrievably flawed.

Once informed that the MacRobert opinion had been sent to the Minister, Becker decided to seek legal advice. That resulted in a lengthy refutation of the opinion, which was sent to the Minister in early January 2022. The Minister claimed to have not received this refutation and suspended Becker from the Board on 18 January with the express intention of discharging him. On the very same day the NNR gave formal approval to Eskom to commence the refurbishment of unit 2 at the Koeberg nuclear plant, and the unit was taken offline to start that work. The major portion of the planned refurbishment was replacing three steam generators, but when the French contractors arrived on site they refused to do the work since they did not consider it safe to proceed despite the NNR approval. Eskom has announced an investigation into this debacle, and it is not known at this stage if the subsequent resignation of the NNR CEO on 18 March was related to this.

After a string of delays and communications the Minister finally set down his reasons for his intention to discharge Becker [link to Minister’s letter], and then on 25 February sent a letter discharging him, which included slightly different reasons to the previous letter [link to discharge letter].

In a televised interview with Newzroom Afrika on 3 February, Minister Mantashe made it clear why he would be discharging Becker, saying “But it is simple, you are an anti-nuclear activist you can’t sit on the Board of nuclear…” This was revealing, as apart from indicating the Minister had prejudged the matter, it showed a misunderstanding of the function of the regulator whose purpose is to decide on compliance with safety regulations, and not to promote nuclear power. The Minister has been much tolerant of Board members who publicly promote the use and expansion of nuclear power in South Africa.

In mid April 2022 Becker’s legal team submitted papers to the High Court launching an application to have the Minister's decision reviewed. In a fifty page affidavit, Becker painstakingly details why each of the reasons the Minister gave for his decision are invalid, and also questioning why the Minister took no action for almost six months after receiving the MacRobert opinion.

The reasons for the Minister's decision are as follows: That Becker was quoted in an article in Energize, an online publication, in which he was critical of Eskom; he emailed the Chairperson of the NNR Board expressing a concern; the falsely alleged hosting a meeting as a representative of the Board; and that he was inherently conflicted since he was a member of the Koeberg Alert Alliance and was of the opinion that nuclear power is not a desirable option for South Africa.

Becker’s activism and opinions on the subject were clearly known before the Minister appointed him, as he has been active in the media for over a decade. In addition, his CV was sent to the DMRE from his koebergalert.org email address before his appointment was confirmed.

The decision is “riddled with factual and legal mistakes and is premised on a fundamental misunderstanding of the purpose of the Regulator, the role of the Board’s directors, and the nature of their duties to the public and not merely the Board or the government. The decision is also irrational, substantively and procedurally, and was also procedurally unfair.” according to Becker’s affidavit.

The affidavit explains that the fundamental error on the part of the Minister and his advisors is a conflation of the desirability of nuclear activities with the determination of safety. The result, according to Becker, is that the Minister “has misdirected himself, had regard to irrelevant considerations, and acted irrationally in exercising his powers because he has failed to appreciate the distinction between these two issues.”

Since the Minister’s decision was clearly influenced by factual errors, “his decision cannot be said to be rationally connected to the purpose of the power of discharge” according to Becker. The Minister therefore “misdirected himself as to the facts, acted irrationally, and acted outside his powers.”

Becker also suggests an inference should be made that the Minister acted with an ulterior motive and in bad faith due to “the procedural unfairness, errors of fact and law, and misdirections which permeate the Minister’s decision”. The affidavit links this to the decisions the NNR is currently making concerning the operation of Koeberg, and specifically the proposed twenty year life extension of the nuclear plant.

Incremental decisions re the life extension

The Minister referred to issues which he had been informed were “of concern to the Board” and one of these related to the decision making process of granting permission for the steps leading up to extending the life of Koeberg beyond 2024, when the current operating licence expires. This was based on an email Becker sent to the Board Chair in July 2021 which is in annexure PB6.2 of the court papers. In that email, Becker expresses a concern and asks the Chair “for guidance as to whether, and how, to raise it.” Raising concerns is one of the obligations of any Board member, and the Minister or the NNR has yet to explain how communicating this concern with the Chair constituted misconduct. Since this is clearly a sensitive point, it is worth looking into the details.

The life extension would require approval from the NNR, which would have to include a public consultation process. However, such a life extension would require several tasks to be completed, the most significant of which would be the replacement of the steam generators. Eskom has estimated this will cost R20bn. The approval of these steps was done without public consultation and in his email Becker pointed out that installing new steam generators would clearly only be economically viable if the life extension was granted. He was therefore concerned that “by approving these incremental steps, we are creating a situation where we are undermining the ability of the board/TC [technical committee] to make an unfettered decision whether or not to grant a licence for the LTO [long term operation].”

Becker made a suggestion to address this: “If this is a concern shared by others on the board, it could perhaps be addressed by grouping all the authorisations which are part of LTO into one decision, and run a public participation process on that before granting any further incremental authorisations?”

This email from Becker was forwarded by the Chair to the NNR CEO, who in turn forwarded it to the NNR internal legal counsel with the cryptic comment “Ndaa…. We are in trouble here…”. The long reply from the legal counsel is included in the annexure, explaining that he does not follow the concern, and laying out his reasoning. This response was not shared with Becker nor the rest of the Board; instead the Chair wrote a lengthy and friendly response to Becker, which ended “the points you raise are food for thought.”

This exchange was subsequently referred to by the NNR as being “of concern”, and the Minister referred to it in his letter of 25 February discharging Becker.

The respondents, which are the Minister, the NNR and the Chair of the NNR Board have 15 days from the date of service (13 April) to provide the record of the decision to discharge Becker which includes the documents and evidence before the Minister relating to his decision.

Once that record is provided, Becker will have an opportunity to amend his notice of motion, and to supplement his founding affidavit before approaching the High Court for a date for the matter to be heard. The Minister, the NNR and the NNR Board Chair will then have the opportunity to submit an answering affidavit laying out any reasons why they disagree with the application.