Is the Koeberg life extension going ahead without the nuclear regulator's approval?

Is the Koeberg life extension going ahead without the nuclear regulator's approval? 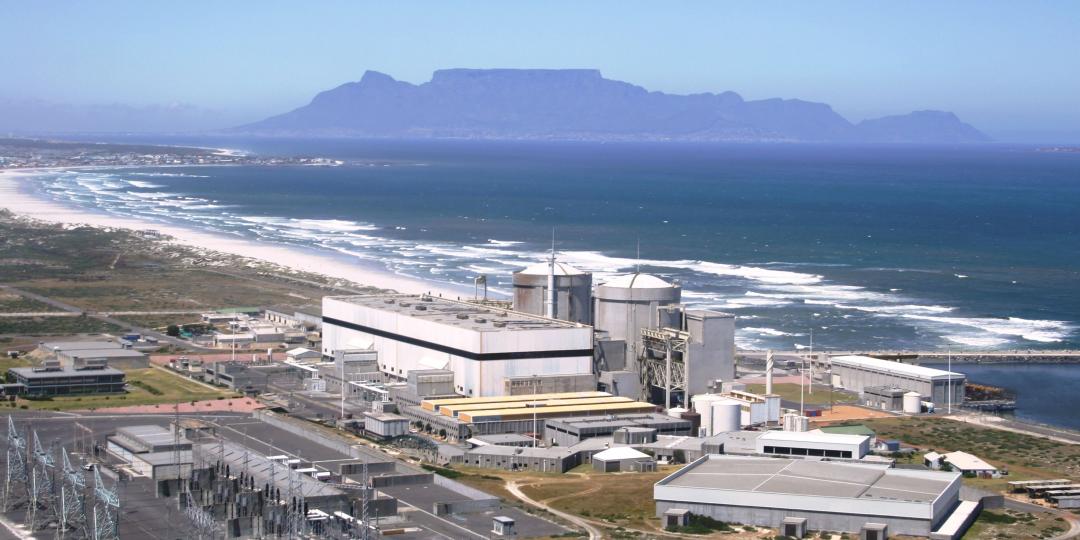 It was recently reported that a US-based engineering company has been awarded a R20-billion contract to extend the life of the Koeberg nuclear power plant. Activists and civil organisations are concerned that the legal processes required to grant a licence for a life extension have not been followed.

Koeberg began operating in 1984 and is operated by Eskom under a licence from the National Nuclear Regulator (NNR). The latest version of this licence explicitly expires in July 2024, by which time Eskom will have been operating the plant for 40 years.

In order to operate beyond 2024, Eskom needs the approval of the NNR, and a new licence to be issued. This licencing process is described in new regulations published in March 2021, which requires a notice in the government gazette as well as announcements in local newspapers. This would allow the public to make comments for the NNR to take into account before making a decision. However, it appears that this process has not been followed.

“Koeberg was constructed in the 1970s, and the design and site were decided on during the 1960’s,” says Koeberg Alert Alliance (KAA) spokesperson, Lydia Petersen. “Since then much has changed, and the safety of the plant must be looked at again in the light of possible effects of climate change, as well as new data and methods for estimating seismic risk. There are also new safety systems required for all new nuclear plants, and any life extension should specify which of these must be retro-fitted to the Koeberg plant in order to make it up to the safety standards of modern plants,” says Petersen.

The media reports claim that Jacobs Engineering Group has been contracted to carry out essential engineering modifications in preparation for the installation of six replacement steam generators at the Eskom-operated nuclear plant 26km outside of Cape Town.

Following a decision by its board in 2010, Eskom paid the French company Areva R4,3-billion for the steam generators which arrived from China last year. They arrived in Cape Town in September 2020 and Eskom stated that they were part of the programme to extend the nuclear plant’s operating life by 20 years. According to Eskom, the installation is scheduled to be done during a planned outage in January 2022, with the overall project due for completion by 2024.

“It is highly questionable and legally actionable if Eskom has already granted a contract to extend the life of the Koeberg Nuclear Power Station,” says environmental sociologist and long-standing observer of the nuclear industry, Dr David Fig.

“If Eskom already has the green light from the NNR and the National Energy Regulator of SA, then something is seriously amiss with the regulatory procedures, flying in the face of earlier High Court judgments (J Bozalek 2017) and extensive public disquiet,” he says.

According to Earthlife Africa Johannesburg’s nuclear campaigner Ulrich Steenkamp: “There is a lot of secrecy and it appears as though these decisions have been made behind closed doors already, and anything else will merely be a box-ticking exercise, which will have no real bearing on the outcomes that seem to have already been decided.

“As far as we understand, the Koeberg plant life extension has not been granted yet. However, these latest news reports seem to suggest otherwise and solidifies concerns about the lack of transparency on issues relating to energy supply in the country, especially when it comes to nuclear dealings,” says Steenkamp.

University of South Africa’s Political Sciences Professor, Jo-Ansie van Wyk, says: “It remains a matter of concern that the life extension of Koeberg is proceeding without due diligence processes. More importantly, the absence of a public consultation process is a matter of grave concern.

“I call on parliament to investigate the matter and take appropriate action as it is crucial that institutional and legal reform should proceed according to the 2013 International Atomic Energy Agency INIR Mission Team report,” Van Wyk says.

According to the Southern African Faith Communities’ Environment Institute’s (SAFCEI) Executive Director, Francesca de Gasparis: “We believe that such a major investment decision in South Africa's energy future should include meaningful public participation. Has Eskom already made the estimated R1,2-billion deal with US company Jacobs Engineering Group to refurbish Koeberg as part of the plant life extension activities? South Africans should be very worried if these latest news reports are true. “If a deal has in fact been made, then the details of this contract should be made public for scrutiny,” says De Gasparis.

No response from NNR to media reports of contract

A statement released yesterday by the Koeberg Alert Alliance spokesperson, Lydia Petersen, stated: “The fact that this contract has been announced before the NNR has indicated it has even received the life extension application from Eskom is deeply concerning.

“The NNR has the mandate to protect the public, but to allow Eskom to ignore due process and make this announcement as if the extension is a ‘done deal’ calls into question the independence of the NNR.

“A similar scenario played out with the now infamous Karpowership saga. It was first announced in the media as a done deal, even though the necessary approvals had not been granted,” says Petersen.

Transparency required from the NNR

Overall, civil organisations are uneasy about a lack of transparency at the NNR. “We expect the NNR to be more transparent about decisions made with Eskom regarding its plans to extend the nuclear plant’s operating lifespan. If the government is not forthcoming with more information, a PAIA will be submitted to obtain this information,” says De Gasparis.

On 22 July several civil society organisations met and agreed to call on the NNR to operate with more transparency. No response to these calls has been received from the NNR to date.