Identifying ageing and installation issues in an HV bushing

Identifying ageing and installation issues in an HV bushing 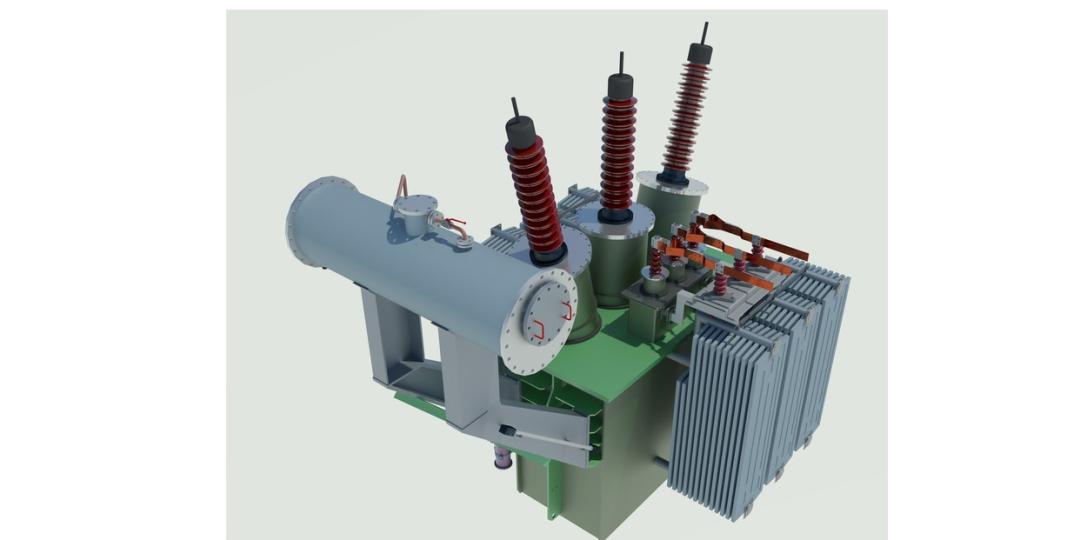 This article deals with the testing of 69 kV bushings which are installed on a 10 MVA, 69/13,09 kV Dyn1 two-winding transformer. After completing on-load tap changer (OLTC) maintenance on this 1969-vintage transformer, the utility owner conducted electrical tests.

Losses measured for the low-to-ground (CLG) and high-to-ground (CHG) insulation systems were higher than those measured for the interwinding, or high-to-low (CHL), insulation system of the transformer. The temperature-corrected (i.e., 20°C equivalent) LF PF test results for CLG and CHG insulation components were within acceptable limits (< 0,5%) and even within limits established for new transformers. However, the CHG LF PF test result (at 0,43 %) was approximately 1,8 times the CHL LF PF result (0,24%) (Table 1).

Based on recent experiences using Narrowband Dielectric Frequency Response (NB DFR) testing and successes in finding hidden issues not observed by LF PF tests, a NB DFR test was carried out. A NB DFR test is the measurement of PF (%) or DF (%) at different frequencies between 1 Hz and 505 Hz.

The test results also display an interesting anomaly in the ‘individual temperature correction’ values. A temperature-correction (TC) factor is used to determine a test specimen’s 20°C equivalent LF PF value when the specimen is power-factor tested at a non-20°C temperature.

ITC factors are far more accurate than TC factors accessed in a look-up table. To underscore the problem with temperature-correction look-up tables, consider the following:

Given the LF PF test results, the utility performed NB DFR tests on the high-side bushings. 1 Hz and 505 Hz measurements from this testing are provided in Table 2. These tabular results affirm the good condition and rating of bushings H1 and H2 but escalate the assessment of the H3 bushing to an ‘investigate’ rating. NB DFR test results for bushing H3 (the blue trace in Figure 1) revealed the following two worrisome electrical characteristics so the utility replaced the bushing:

Before installing in the transformer, LF PF and NB DFR testing was performed on the H3 replacement bushing to confirm its integrity. LF PF and NB DFR test results indicated the bushing’s good (G) condition (Table 3 and Figure 2). After replacing the H3 bushing, the utility repeated the overall LF PF tests on the transformer to observe what effect the H3 bushing replacement had on the overall HV winding insulation test characteristics (Table 4). A notable improvement was observed.

With the problem corrected in the overall winding insulation test results, the utility staff then complemented their now routine procedure with a 10 kV LF PF test on the installed H3 replacement bushing (Table 5).

The data implicated the connection integrity of the bushing flange to the grounded tank. To verify the suspected grounding problem, the testing specialist applied a ground strap to the bushing flange and repeated the LF PF and NB DFR tests (Table 6). A significant improvement was observed in the LF PF test results and the dielectric response with the ground strap in use (green curve in Figure 3).

It should be noted that the field test specialist had no prior experience with detecting poor flange grounding. When presented with the probable cause of this 505 Hz anomaly, the specialist used a multimeter and measured the resistance between the tank ground and bushing flange with no notice of a resistance issue. Only with the use of a four-terminal low resistance test instrument was the specialist able to detect a ‘before and after’ difference. This underscores the exceptional sensitivity of a NB DFR test to insufficient bushing grounding.

The NB DFR curves of the original H3 bushing, the H3 replacement bushing before installation, after installation with poor grounding and finally in its ‘as left’ condition after restoring a good ground connection, are shown in Figure 4.

This provides a striking visual reminder of how bad the original bushing was, how practical NB DFR is for post-installation verification, and what the DFR curve for a bushing in good condition should look like.