While the use of fossil fuels for electricity generation always gets bad press, and rightly so, the latest figures from research undertaken in the UK shows that CO2 emissions from vehicles with petrol- and diesel-powered internal combustion engines also adds a significant amount of CO2 to the atmosphere.

New research from Moneybarn has revealed that South Africa was found to be the country producing the highest CO2 emissions in the world from an average commute, producing 4859 kg of CO2.

By analysing data from Numbeo's Traffic Index on the average commute time, and vehicle global emissions, Moneybarn has compiled a report revealing and ranking each country according to the amount of CO2 emissions created from a single average journey.

The biggest culprits in CO2 emissions: 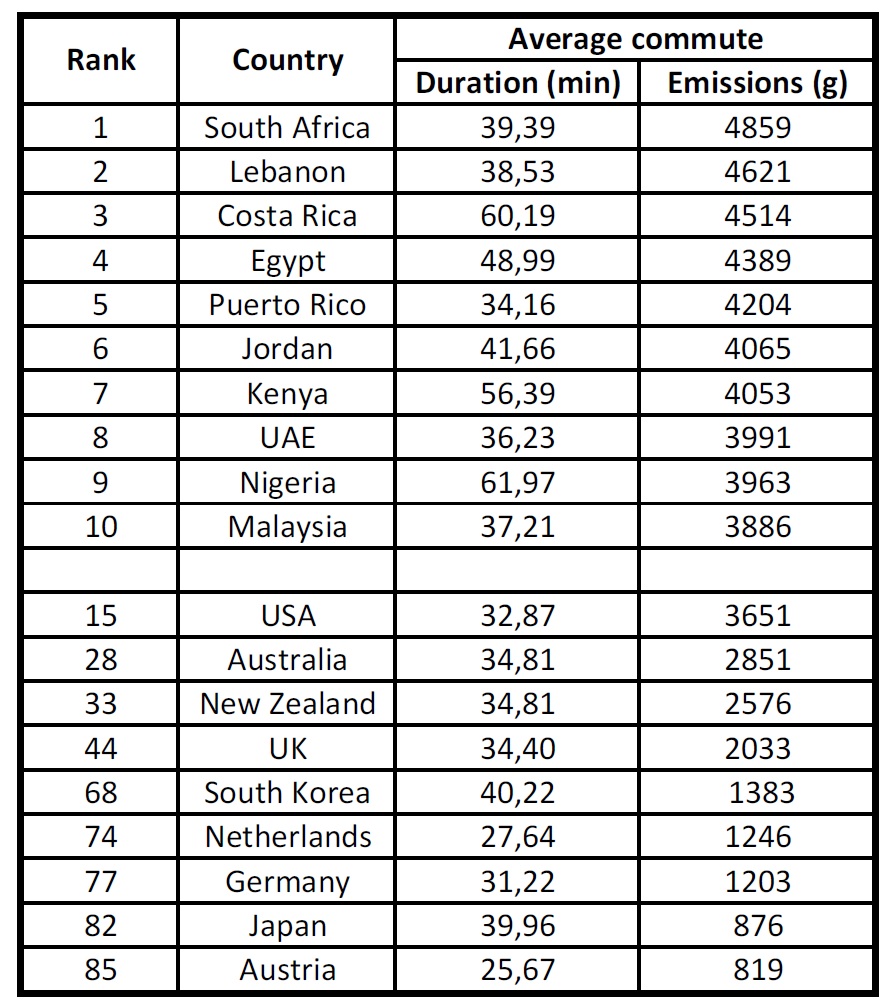 While its average commute time was relatively low in comparison to many other countries, it was South Africa that had the highest emissions per journey, with 4859 g of CO2 emissions per one-way journey. Rather than formal public transport systems, the use of minibus taxis is popular in South Africa, which are often older, more polluting vehicles. It is estimated that about 200 000 of these minibus taxis operate daily on South Africa’s roads.

Though Nigeria is only the tenth largest producer of CO2 emissions from an average journey, they spend more time stuck in traffic than anyone, with an average commute time of just under 62 minutes (each way). Specifically in the capital of Lagos, traffic congestion can be extreme, with an estimated 10 000 passengers in each direction per hour during peak times.

Only six countries were found to produce less than 1000 grams of CO2 emissions from a single journey: Austria, Hong Kong, Denmark, Japan, Finland, and the Czech Republic.

Editor's note: The amount of carbon emissions and other pollutants from South African road users is at dangerous levels, not just from commuter vehicles, which is the focus of this report, but from many passenger and commercial vehicles - both large and small - which are not tested regularly and are often seen spewing black or grey smoke from their exhaust pipes. A recent report states the South African vehicles emit about 22% more CO2 into the atmosphere than vehicles in the EU do.