How close is South Africa to a grid collapse?

How close is South Africa to a grid collapse? 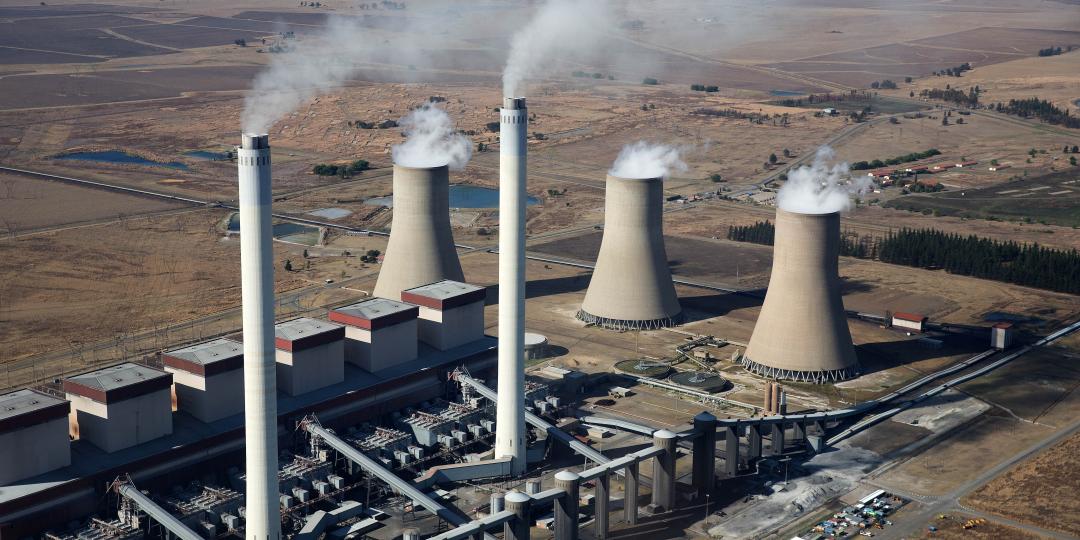 The implication is that higher stages of load shedding would be inevitable if the power utility is forced to reduce the quantity of sulphur dioxide (SO2), carbon dioxide (CO2), nitrous oxide (NOx), and particulate matter (PM) many of its power stations continuously emit into the atmosphere.

Sulphur dioxide is a respiratory irritant. It has been classified as a systemic toxin because of the damage it does to the heart, lungs, brain, and liver.

NOx has direct and indirect effects on human health. It can cause breathing problems, headaches, chronically reduced lung function, eye irritation, loss of appetite and corroded teeth. Indirectly, it can affect humans by damaging the ecosystems they rely on in water and on land—harming animals and plants.

Burning coal also results in tiny, rock-hard, unburned particles being carried up the chimneys by the hot, rising air and smoke. According to the World Health Organisation, these tiny particles caused over 4-million premature deaths worldwide per year in 2016. These particulates are breathed in and cause cardiovascular and respiratory disease, and cancers.

Eskom was recently singled out as being the highest emitter of SO2 in the world. It, and Sasol which also burns coal in large-scale boilers for industrial steam applications, were previously fingered as Africa’s – and among the world’s – biggest contributors to atmospheric CO2 emissions.

In order to reduce these emissions – in accordance with the NAQO’s decision – Eskom would have to close its Matla, Duvha, Lethabo, Matimba and (newly built) Medupi power stations. All of these exceed current emission limits many times over.

In the case of Medupi, although the limit for SO2 emission was set at 500 milligrams per normal cubic metre of gas (500 mg/Nm3), this power stations has already been given an exemption to emit seven times that: 3500 mg/Nm3. Eskom has now applied for further relaxation to allow Medupi to emit up to 4000 mg/Nm3 – that is, eight times the legal limit. The NAQO has rejected this request.

According to Eskom, these five power stations together have the capacity to provide 16 000 MW of electricity. Thus, the utility says, 16 000 MW would be unavailable to meet demand, so demand would have to be curtailed by means of load shedding.

However, according to Jan Oberholzer, Eskom’s chief operating officer, Duvha is the utility’s worst performing power station, which means that it does not supply its rated 3600 MW anyway.

The NAQO, Thuli Khumalo, is responsible to protect the environment by providing reasonable measures for the protection and enhancement of the quality of air in the Republic; the prevention of air pollution and ecological degradation; and securing ecologically sustainable development. She is also responsible to enhance the quality of ambient air for the sake of securing an environment that is not harmful to the health and well-being of people.

She allowed exemptions for seven coal-fired power stations: Arnot, Camden, Grootvlei, Hendrina, and Komati – all of which are scheduled to be decommissioned by or before 2030; plus two diesel-fired “peakers”: Acacia and Port Rex.

Together, these seven generating stations have the theoretical capacity to generate 8200 MW. However, since Eskom’s average energy availability factor is at 64%, we expect that it would be difficult to get more than 5000 MW – if that – from this set of stations.

Eskom has 15 coal-fired power stations in its fleet. Thirteen of these are old, with an average age of 42 years, Eskom’s Oberholzer says. They were built at a time when environmental regulations were far more lenient, so no, or little, pollution-mitigating technology was installed during or after construction.

However, the Act was promulgated in 2004 – 17 years ago – which means that the power utility had the opportunity to install the necessary equipment over time. But the organisation’s various CEOs deferred those projects.

While it may be true that the seven stations the officer has refused exemptions to might not in fact add 16 000 MW to the grid, whatever they do currently add will most certainly be lost.

According to Oberholzer, the average utilisation factor for Eskom’s power stations is at 90%. The globally accepted standard or norm is 75%. This means that those power stations are already under extreme pressure to meet demand.

The loss of whatever power the above-mentioned five stations currently supply, would put extra pressure on the remaining ten coal-fired stations which can legally operate. That extra pressure will most likely result in additional breakdowns and trips, making Eskom’s electricity supply even more unreliable and unpredictable than it already is.

This could lead to high stages of load shedding (or load rotation), more frequently, as the utility tries to share the little it can produce with as many communities as possible. Should it be unable to do so, and should a sufficient number of units trip at the same time, we could lose the grid completely.

What will Government do?

Eskom says, however, that it cannot accept the NAQO’s decision and will seek political support for its applications.

Should it do so, it will place the government in a difficult position. On the one hand, the cost of load shedding on the economy, which was estimated by the CSIR in 2019 at being between R60-billion and R120-billion, is unsustainable and would lead to economic regression and a dangerous increase in unemployment.

On the other hand, the government recently updated its Paris Agreement commitment with a pledge to reduce emissions ten years earlier than previously stated. Perhaps it was that pledge which motivated certain countries present at COP26 in Glasgow last month to offer a R131-billion package to assist Eskom’s transition away from coal to clean technologies.

If so, one wonders how those countries would respond if the government were to overrule the NAQO’s decision and allow Eskom to continue emitting deadly emissions and particulates into the atmosphere.