Gas in South Africa: How viable is it?

Gas in South Africa: How viable is it? 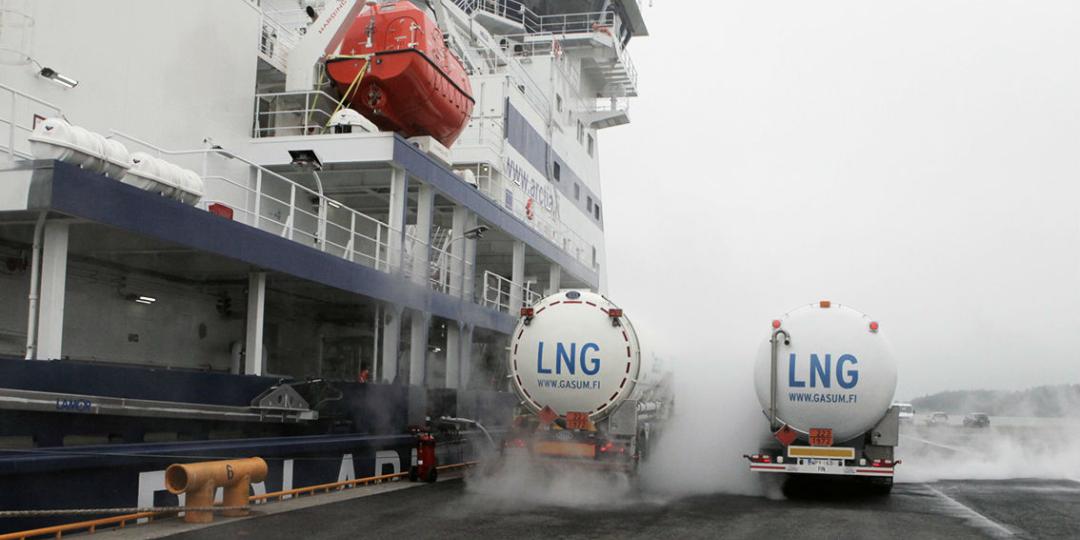 Liquid natural gas (LNG) is regarded as being one of the cleanest fossil-fuels available. It is used widely in peaking plant around the world to provide additional electricity quickly. It has also been touted as a possible replacement for coal in some older power stations.

Energize spoke to Aldworth Mbalati, the founder and CEO of DNG Energy about the potential for LNG in South Africa. DNG is building a bunkering service at the port of Coega to supply the country with LNG.

Please explain why there's a focus on LNG? What’s so special about the gas-to-power business?

LNG is a cleaner and more affordable source of energy. It is available now to power various industries enabling a transition into a net-zero emitting future. The gas-to-power business is important for South Africa and the whole region as we battle energy shortages which have crippled our economies. While we have taken admirable steps to include renewable energy into our energy mix, gas provides baseload capacity thereby giving investors certainty in terms of energy availability on a continuous basis.

We are also aware that current efforts to plug our capacity shortages are not enough to give us an adequate reserve margin as we begin decommissioning some of the old coal-fired power stations. We therefore require technologies which could be deployed quickly and safely. Gas-powered plants can be built far more quickly than other baseload plants, like coal or nuclear.

When would work on the Coega bunkering facility begin, and how long will it be before LNG can be stored there?

Preparations for our bunkering operations in Coega are underway. We are in discussions with various partners facilitating acquisition of vessels and other associated infrastructure which we will use to receive, store, and deliver LNG. We are looking into delivering the first gas molecule in September 2021.

What capacity will be built at Coega? How much LNG could be stored there?

We plan to begin with 38-million GJ.

What is involved in the building and operation of a utility-scale LNG bunkering facility?

Our bunkering operations will include a floating storage unit (FSU) which will be moored at the Port of Coega. This vessel will receive LNG from carriers coming from our suppliers. Small scale LNG carriers will shuttle between the FSU and ships being bunkered performing ship-to-ship transfers. The important feature is that the bunkering operation is driven on the back of delivering LNG to on-shore customers in the region, where the small scale LNG carriers will be utilised. As these vessels are in position fully utilised on other projects, they are readily available to deliver bunkers as and when required. Our capex is not standing still.

What is the project expected to cost?

Will LNG be an affordable source of energy given the cost of importation and the construction of a local bunkering facility?

DNG will be able to deliver affordable LNG since the required infrastructure will be in place for other projects and therefore the costs for delivering a first-class bunkering service will mostly be attributed to those projects’ costs.

If gas-to-power is to be used for peak generation, or to “smooth out” variances in renewable energy as has been suggested by some experts, is the demand sufficient to warrant the cost of this project?

While South Africa’s capacity shortages tend to be mostly unmanageable at peak, it is common knowledge that when the electricity system is under pressure due to plant break downs, peak power plants (pumped storage and diesel plants) are utilised outside of peak at an excruciatingly high cost to the country. LNG offers a cheaper alternative to diesel. This does require a conversion of the open cycle gas turbines to run on LNG as a primary source and diesel as a secondary source and our understanding is that the conversion process is underway and should be ready by mid-2022.

What impact will the inclusion of LNG in the energy-mix have on the cost of electricity to consumers?

The inclusion of LNG in the energy mix should bring some relief to many customers, notably to those who are able to be supplied from a source not on the grid. LNG will become the main contributor to an efficient and cost-effective deliverable while other deliverables can be described as too costly, too dirty, or too small to be of a major significance.

Will industry be able to purchase LNG for their own heating and process requirements? Or will it only be available for electricity generation?

Our LNG will be available for all industries, gas-to-power (large and small customers), industrial processes, logistics and mining activities. Gas-to-power will become a major contributor to the national grid.

What percentage of demand will come from the marine sector?

LNG has become the accepted fuel for vessels since the 2020 requirement of 0,05% emissions of sulphur. Many new ships are equipped with dual-fuel main engines. There are currently 385 vessels which use LNG and a further 185 new builds are on order. This number will grow. Currently, 3 MTPA of LNG is being consumed. By 2025 this volume is expected to grow to between 8 and 10 MTPA and by 2040 the volume is predicted to reach between 35 and 40 MTPA. As can be seen, the marine sector is becoming an important sector in LNG.

DNG is positioning itself to be an important part of the bunker sector by offering bunkers to all LNG burners, being placed in the middle of the main world trade routes, east and west. By offering bunkers in this important position, ship owners will be able to carry more cargo and reduce the quantity of bunkers to be carried per long haul passages, creating more profitable voyages.