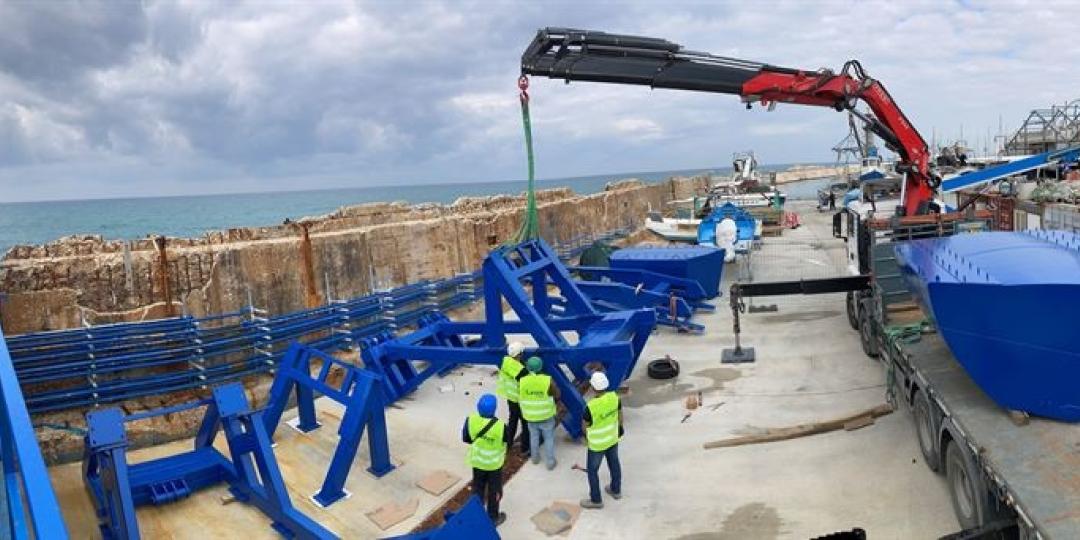 Eco Wave Power Global AB (Eco Wave Power) has announced the first set of floaters and supporting structures for Eco Wave Power’s grid-connected EWP-EDF One project have been delivered to the Jaffa Port project site in Israel, marking a key milestone in the development of this innovative wave energy array. The floaters were delivered in accordance with the collaboration agreement entered between EWP-EDF One Ltd and Lesico Ltd (Lesico). The project’s next step is the upcoming installation of the first floaters on the Jaffa Port breakwater.

“By delivering our first set of floaters and supporting structures, we are making significant progress toward the first grid-connected wave energy array installation in Israel” said Inna Braverman, Chief Executive Officer of Eco Wave Power. “Preparation for the installation of the floaters on the external side of the Jaffa Port breakwater is in the final stages and we are relishing over the prospect of being operative soon in the Mediterranean waves.”

Actual installation of the first set of floaters and the surrounding test setup infrastructure is expected to commence later this month, with the system functionality and capacity tests to be conducted in the second quarter of this year.

Eco Wave Power delivered the floaters and supporting structures to the project site with trucks, as opposed to the traditional use of expensive ships and divers for equipment delivery for offshore wave energy installations. This further emphasizes the simplicity of the onshore nature in the work programming of Eco Wave Power’s floaters shipment and installation technology.

“Our goal is to generate electricity during the third quarter of this year,” added Ms. Braverman. “This is a key milestone in the overall development of the Eco Wave Power technology, and the results are expected to enable us to take important steps toward the commercial rollout of our pioneering technology.”

When completed, the EWP-EDF One wave energy project will include ten floaters connected to one conversion unit, which is already installed onsite. The EWP-EDF One conversion unit is located on land, similar to a normal power station, which enables easy access for operation and maintenance. This highlights the significant advantages of the EWP onshore technology, in comparison to offshore solutions.

The floaters and supporting structures were constructed in Israel by Lesico, which has more than 50 years of experience in providing engineering, construction, operation and maintenance services for infrastructure projects, while conducting research and development for clean-tech technologies.

“Our company has significant experience in working with clean-tech technologies in the water and desalination sectors,” stated Eran Sidi, Chief Operating Officer of Lesico. “As a result, we believe that we will have a significant added value in the production of the floater mechanisms for Eco Wave Power. In addition, Lesico has a mission of taking part in the provision of services for innovative renewable energy sources, which will assist the global fight against climate change. We feel that we are taking an important role through our participation in the first grid-connected wave energy project in Israel, while adding a new market segment to Lesico’s portfolio.”

Eco Wave Power is recognised as a pioneering technology by the Israeli Ministry of Energy and was labeled as an efficient solution by the Solar Impulse Foundation. Eco Wave Power’s project in Gibraltar has received funding from the European Union Regional Development Fund and the European Commission’s Horizon 2020 framework program. The company has also received the “Global Climate Action Award” from the United Nations.