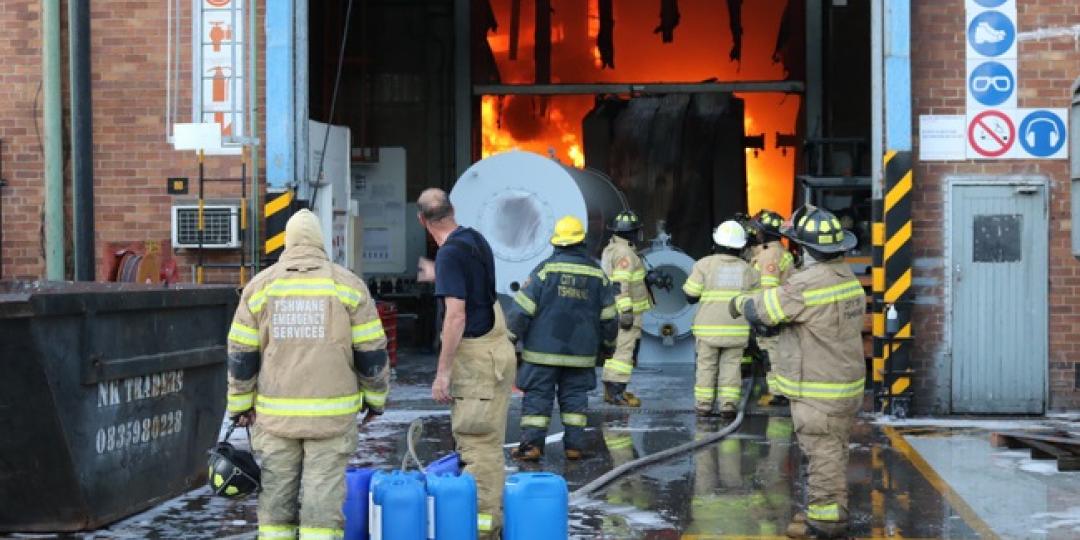 The company has noted with concern various recent media releases regarding the fire accident which occurred at the Pretoria West plant which cited a number of factual inaccuracies. This update is intended to correct the inaccuracies and share a factual account of the situation.

On Sunday, 7 March 2021, at approximately 16h30, a fire was reported and extinguished at the SGB-SMIT POWER MATLA (SSPM) Pretoria West plant. Our test board team was in the process of performing a temperature rise test on one of our units when the fire started.

An investigation is presently underway to determine root causes, corrective actions and future preventative measures. The initial cause is an incipient fire which could not be safely extinguished by the team on site on Sunday, which occurred whilst performing their testing duties.

There were a number of immediate actions which were taken to manage the situation and contain further impact, which included but not limited to the following:

All employees who directly worked in the affected section were immediately and safely evacuated to the emergency outdoor assembly safe area; immediate power sources to the building and supply of fuel sources to the affected section of the plant was isolated by SSPM staff; the City of Tshwane’s fire brigade and the City of Tshwane’s emergency services were immediately called for assistance. The fire was successfully extinguished much later in the night. Furthermore, the plant was monitored until after midnight to respond to any secondary fires.

The accident is an unfortunate and unplanned event, but we are relieved to report that no injuries were recorded. On arrival of the medical emergency service, our employees underwent the usual vital monitoring checks. It is also important to report that there was no environmental incident recorded or noted. All water and other liquid flows were contained in the existing plant bunding areas, without contamination to the municipal flows.

We reiterate that an investigation is underway to determine the root cause of this fire accident. The factory is currently on lockout whilst the relevant authorities undertake and conclude their investigation.

We confirm that the plant holds a valid permit for the storage and handling of all hazardous chemical substances used, amongst other statutory licenses and permits as required for site operations.

The Cape Town distribution transformer plant is unaffected and continues with normal operations.

The company has embarked on a business recovery plan to ensure operations can resume in Pretoria and has also engaged the various stakeholders involved.

The company remains committed to the health, safety and environmental objectives and would like to assure all stakeholders that the investigation and business recovery will be concluded aligned to these values and commitments.

We thank City of Tshwane and all supporting stakeholders for their response and support.