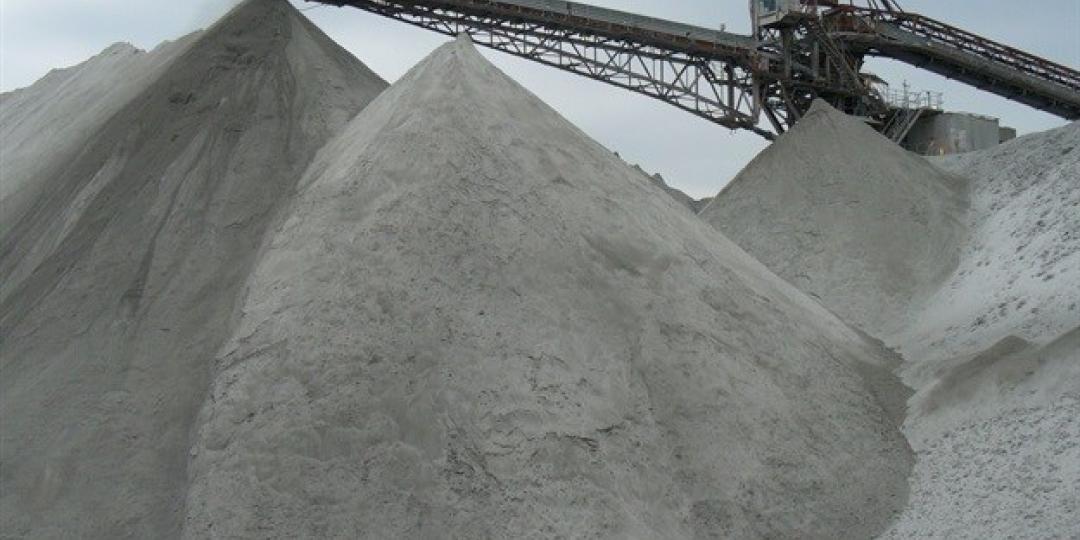 A collaboration between SANEDI, Eskom Holdings and the Department of Defence has mitigated a potential health threat caused by a spill of raw human sewage from informal ablution facilities at a temporary Covid-19 support station.

Before this could become an ecological issue, the quick-action and teamwork of the three partners remediated the situation through the use of a unique approach in environmental amelioration.

During the first wave of the Covid-19 pandemic of 2020 in Lephalale, a raw sewage spill occurred between 1 and 28 July 2020, which formed a gully flowing into a grassland area. Unfortunately, more often than not, human excreta contain seeds of exotic plants due to people’s dietary intake.

The impacted area is mainly used for recreational purposes such as physical sport and training exercises. From a military utilisation perspective, it was therefore imperative that the area remains as it was before the sewage spill incident occurred (relating to basal cover and soil pH). Therefore, ideally, the existing grass cover (Cynodon dactylon – “kweek grass”) should remain vigorous and intact to ensure alien plants do not establish in the area.

Thus, this spill presented not only a potential health hazard, but also a potentially negative ecological impact, which required immediate remediation in order to limit the possible spread of several diseases. Due to the urgency of this environmental contamination, a rapid response was required to neutralise the potential health threat.

Historical research has indicated that sewage sludge soil contamination can be pasteurised by a pH-driven process through the addition of a coal ash, improving structure, fertility, pH and water holding capacity. As a result, it was expected that due to the coal ash reactivity, the known pasteurising ability and soil health benefits, the sewage spill would be rapidly ameliorated and the organic compounds from the sewage and coal ash trace elements would be absorbed into the soil.

Ash produced at Medupi Power Station is generated from a single coal source, offering an ash of uniform quality and consistency. The power station operates supercritical boilers, which run at higher temperatures and pressures than conventional coal-fired power stations. As such, a lower volume of coal is required in order to generate an equivalent power output, leading to lower carbon dioxide emissions. In addition, the ash produced contains a higher amorphous (glass) phase, causing it to be more reactive to both carbon and water (increased pozzolanicity).

Effectively, this means that once placed into the environment, the ash will dissolve and release its components more readily, therefore allowing a more rapid remediation response.

Coal ash consists of all inorganic elements contained in the parent coal, so there are several trace elements within its composition which are required for plant growth. The main elements provided in coal ash which is used for healthy, sustained plant growth include: aluminium, silica, iron, calcium and a small amount of unburnt carbon.

A rapid solution to the situation was required, to this end, the partners agreed on swift action and subsequently six tons of fresh run-of-station ash were secured from Medupi Power Station and applied to the affected area on 28 July 2020. The ash was not included in the soil, but merely spread on the surface and into the gully which had formed through the liquid sewage runoff.

Seasonal photographs were taken over the subsequent 15 months in order to visually track the environmental rehabilitation progress. The potential health threat was immediately neutralised through the high pH pasteurisation ability of the coal ash, offering the partners peace of mind that sound action had been taken. Over the ensuing six months, the ash was incorporated into soil through natural weathering processes and grass cover remained healthy and pristine.

Within 12 months, no evidence of the sewage spill and little, if any, of ash remained, having been covered with robust grass growth. Visible biological indicators of the soil health, such as the dark green colour of the grass layer as well as bird and insect activity in the area, were clear signs of the rehabilitation of the impacted area.

By October 2021, the area was deemed successfully and completely rehabilitated, and it displays an enriched flora/grass layer with a healthy activity of various interactions between all-natural role-players within a balanced diversity. Aesthetically, the area recovered to its former condition having no odours or sludge detectable.

Scientifically it has been proven in other studies that soil with slightly higher lime content (pH), improves the palatability and nutritional value of plants and although this was not evaluated, it can be assumed to have occurred in this instance. This collaboration between government entities has once again proven that teamwork and swift action benefited the community and environment.