CFLs to be phased out in favour of LED lamps

CFLs to be phased out in favour of LED lamps 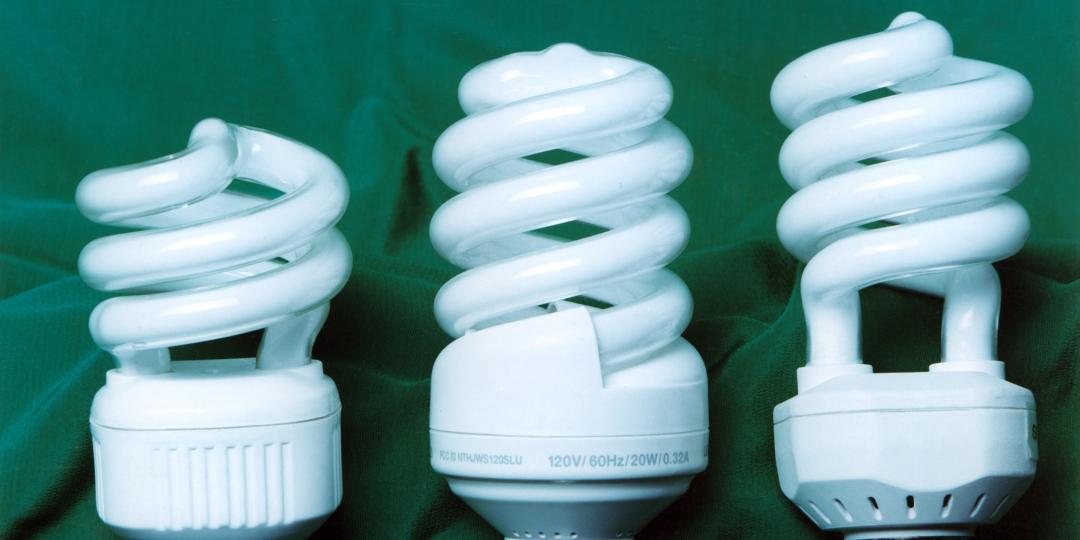 The Clean Lighting Coalition reports that a decision was taken at the Minamata Convention on Mercury’s fourth Conference of Parties (COP4), 137 governments adopted amendments to phase out a major category of fluorescent lighting, but actions were stalled on others. All fluorescent light bulbs contain mercury, a chemical of major public health concern according to the World Health Organisation.

In a major win for environmental and human health, the Parties agreed to phase-out compact fluorescent lamps (CFLs) by 2025 as had been proposed by the Africa region. By accelerating the transition to LED lighting, which is more energy-efficient and non-toxic, the move will avoid 26,2 metric tonnes of mercury pollution and 261,5 million metric tons of CO2 emissions between 2025 and 2050 and save people $77,8 billion in lower energy bills. However, last-minute interventions delayed a decision on linear fluorescent lamps (LFLs), the long tubes commonly found in offices and stores, until Minamata COP5 in November 2023.

“LEDs are a rare silver bullet technology – they’re ready now, they cost half as much to run as fluorescents, and they constitute a double win for climate change mitigation and reducing toxics pollution. We were amazed to see the international cooperation on lighting at COP4. We hope for continued global alignment and momentum at COP5,” said Corinne Schneider, Director of the Clean Lighting Coalition.

Over days of intense negotiations, a group of countries came together to agree on phase-out dates for all lighting categories, including the EU, India, Indonesia, Japan, Norway, Pakistan, Switzerland, the US, and many Latin American governments, including Argentina, Bolivia, Brazil, Chile and Colombia. However, not all Parties were prepared to move forward, citing the need for more time and additional feasibility analysis.

A phase-out of LFLs by 2027 – the date that most countries rallied around by the end of the week – would increase the benefits by 90%, avoiding 71,7 million metric tons of mercury pollution and 2,72 Gt of CO2 emissions and saving over $1-trillion in energy, according to experts at CLASP.

Last year, 36 governments representing the Africa region submitted a proposal to the Minamata Convention to phase-out virtually all fluorescent lighting by the end of 2025. With many OECD countries banning fluorescents in the coming years in favour of more efficient LEDs, less regulated markets risk becoming dumping grounds for toxic lighting.

“The Africa region recognises that lighting is crucial in promoting livelihoods. Through our proposal, we took the first step towards a global phase-out of mercury-containing fluorescent lighting,” explained Oumar Cissé, Head of Delegation (Mali) in his opening statement at COP4. “The case to phasing out fluorescent lamps – both CFLs and LFLs – is already justified today from a public health, environmental, technical as well as economic perspective.”

“The original proposal by the Africa region is consistent with our findings that a transition to clean and efficient lighting is feasible everywhere today. The move to phase out CFLs represents a major win, as it will remove toxic, inefficient bulbs from our homes. But keeping LFLs on the market continues to disadvantage our offices, hospitals, schools and childcare centres, needlessly increasing energy costs and risking mercury exposure,” said Ana Maria Carreño, Deputy Director of the Clean Lighting Campaign.

NGO groups around the world advocated over the past year to address mercury in lighting at COP4. The Climate Action Network and Clean Lighting Coalition launched a petition that garnered over 200 signatures from climate and environmental groups, as well as the private sector, urging governments to take action to phase out fluorescents.

“We are leaving this COP with mixed emotions. Un- and under-regulated markets are increasingly vulnerable to dumping of fluorescents that many countries have already banned due to their toxicity and inefficiency,” said Elena Lymberidi-Settimo, International Co-coordinator of the Zero Mercury Working Group. “The decision to phase out CFLs is one step in the right direction, and we congratulate governments for their efforts to progress the Convention’s promise to ‘Make Mercury History.’ We hope to see action on LFLs at COP5 in November 2023.”

“We are proud of the work the Africa region has done to protect people from toxic lighting products,” said Roger Baro, Vice President of COP4 (Burkina Faso). “We will continue working to phase-out all fluorescent lighting and stop it from causing further mercury pollution in our communities.”

Fluorescent lighting represents about 10% of mercury in all products globally. In the past, fluorescent lamps were promoted as an energy-efficient alternative to incandescent and halogen lamps, and the mercury risks were tolerated as a necessary trade-off. Today, thanks to major advances in LED technology, mercury-free LED lamps can cost-effectively replace fluorescents in virtually all applications.

About the Clean Lighting Coalition

The Clean Lighting Coalition (CLiC) is a global campaign to leverage expert knowledge and clean lighting stakeholders to transition global markets to safe, cost-effective, and energy-saving LED lighting through the removal of fluorescent lamp exemptions in the Minamata Convention on Mercury.