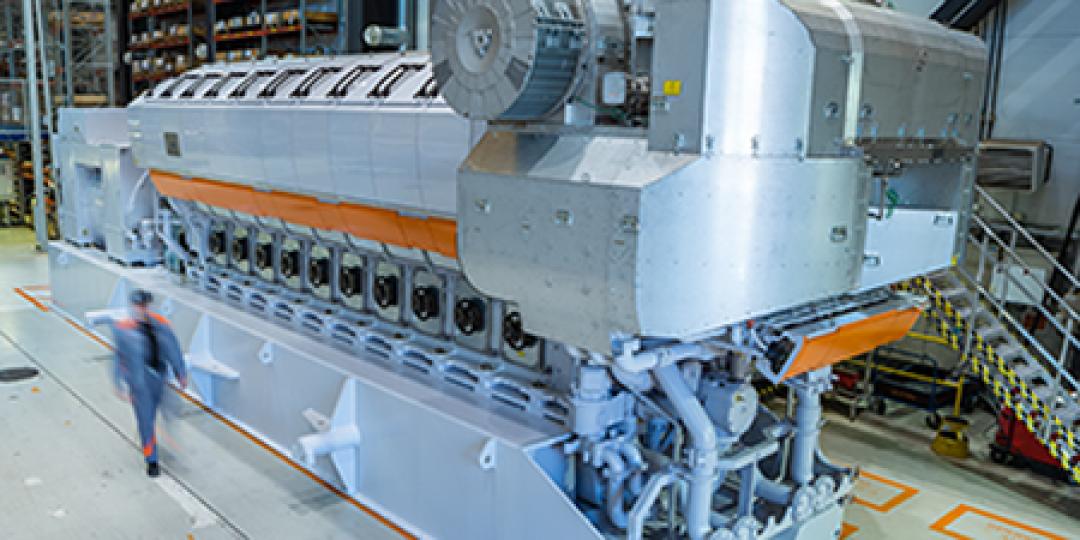 To alleviate the current power crisis, the Department of Mineral Resources and Energy (DMRE) is undertaking an “emergency” power programme known as the “Risk Mitigation Independent Power Purchase Programme” (RMIPPP). This 2 GW programme is, however, unique in its approach to power procurement in that it is the first time that no single technology has been specified and that any technology in any location could be considered so long as they meet the flexible dispatch requirements cost effectively.

Despite the reduced demand resulting from Covid-19 lockdowns, load-shedding is still commonplace largely due to the inevitable decline in performance of an ageing coal fleet. As outlined in the government’s Economic Reconstruction and Recovery Plan announced last year, Government acknowledges that enhancing energy security and aggressive infrastructure investment is a prerequisite for the country’s economic recovery.

Following the publication of an official determination in August 2020, the DMRE released the RMIPPP. The RMIPPP sought to procure 2000 MW of “emergency” capacity from independent power producers (IPPs) to fill the current supply gap, alleviate supply constraints, and reduce the excessive use of expensive diesel-powered open cycle gas turbines.

The RMIPPP outlined the urgent need for new dispatchable and flexible capacity which could begin delivering power to the national grid by mid to late 2022. Projects participating under this programme were free to choose any form of technological solutions so long as certain minimum dispatchability and flexibility requirements where achieved. The programme also allowed for multiple facilities at different locations to bid as a single hybrid project. The contracted capacity of these projects would need to be a minimum of 50 MW and a maximum of 450 MW to be eligible under the programme.

By the final submission date of 22 December 2020, 28 bidders submitted their proposal for consideration. Judging from the list of 28 bidders published by the IPP Office, the programme managed to attract a diverse range of IPPs from smaller local developers to some of the biggest international names in energy. The developers also represent a mix of renewable; thermal; and power ship players.

Despite many differing views in the market, Wärtsilä believes that the RMIPPP represents a balanced and pragmatic approach by the DMRE and the IPP Office to addressing South Africa’s immediate and future power sector needs.

The technology agnostic approach and allowance for non-co-located hybridisation permits low-cost intermittent renewables to be combined with flexible dispatchable facilities (such as reciprocating engines or battery energy storage solutions). This allows for a reduction in energy costs whilst ensuring that much needed power is delivered to the grid regardless of wind or solar conditions.

It is likely that the programme will result in a large amount of renewable capacity to be added to the national grid but the intermittency caused by such renewables will be offset by new flexible power plants ensuring that the system stability is maintained.

This approach represents a new way of thinking as it places the priority on the system operator’s (SO) requirements and not on the type of technology to be implemented. This systems level thinking brings with it several advantages but importantly, it allows developers the freedom to consider the latest proven and efficient technologies available globally. This would effectively catapult the South African energy system out of the coal era and into the “coal face” of modern power technologies and potentially catalysing previously unexplored investments into South Africa.

In line with the government’s plans to introduce more gas into the country, the RMIPPP also required all thermal facilities to be able to operate on natural gas when available. This forward-looking requirement may prove to be invaluable in securing the necessary anchor demand needed to justify future investment in LNG import infrastructure thus kicking-off the much talked about “gas economy” in South Africa.

The permitted size range of the projects would, in Wärtsilä’s view, most likely result in 10 to 15 projects to fulfil the 2000 MW capacity requirement. This approach significantly reduces the risk of construction delays and project cost overruns when compared to the implementation of a single 2000 MW “mega project”. This approach also has the benefit of spreading economic growth and job creation opportunities throughout the country.

In the context of the socio-economic challenges the country faces, the RMIPPP places a key emphasis on economic development. The programme has stringent, but achievable, requirements for local content; job creation; and preferential procurement.  All projects in the programme would also need to be newly built power plants, which ensures much needed investment in South Africa’s power infrastructure.

In light of this new “black-box” approach adopted by the IPP Office, there was always going to be challenges in designing an RFP which accepts all technologies without compromising or biasing some of them as was evidenced by the more than 1000 clarifications posed during the RFP process. Many comments were related to the stringent technology experience and testing regime requirements which made it challenging for pure renewable+storage projects to qualify for the programme.

Storage can undoubtedly play an important role in balancing inter-day renewable fluctuations however, inter-day and seasonal balancing remains a challenge and therefore, thermal capacity is still a sensible option for inter-day and seasonal renewable capacity balancing. For the flexibility requirements specified in this programme, Wärtsilä believes that a combination of thermal, renewable, and storage hybrids could result in the optimal solution.

On the positive side, this programme has certainly pushed many developers to step out of their comfort zones and explore new and innovative ways to use and mix certain technologies. We suspect that no two developers had an identical view when it came to determining which “technology mix” was the best fit to meet the RFP requirements and it is exciting to see what has to-date only existed in theoretical power system models now getting developed into real projects.

If proven to be successful, this programme could make South Africa the pioneer for multiple “mega-hybrid” concepts thus moving further away from the current “single technology” way of thinking and moving in the direction of an open energy market which is in line with the independent transmission system and market operator (ITSMO) restructuring currently underway at Eskom.

Next steps and conclusion

The list of preferred bidders is expected to be announced by the end of March, with financial close expected to take place four months later and construction completed by end-2022. An extremely ambitious target by any standard but one which should be supported as far as possible to help South Africa out of its current energy crisis.

If successful, this programme would not only help alleviate load shedding but could also be a stimulus for the introduction of new power technologies and the “gas economy’” in South Africa. Most interestingly though, it could result in a fundamental rethinking in the way new capacity is procured in South Africa. This approach to flexible procurement has so far attracted the interest of the biggest players in the sector but the real success of this approach will only be determined in the coming months as preferred bidders are announced and race to reach financial close.