Deep flaws, significant delays and unnecessary additional costs are becoming evident in the outdated Integrated Resource Plan for Electricity, IRP 2019, published by the Department of Mineral Resources and Energy (DMRE) in October 2019.

Big holes are emerging in the national electricity plan as two 750 MW of new coal-fired power scheduled for 2023 and 2027 respectively, and 2500 MW of hydro power from the DRC Inga Project scheduled for 2030, are increasingly unlikely to materialise.

In the meantime, Eskom has indicated that to bring an end to ongoing load shedding, it urgently needs some 4000 to 6000 MW of new generation capacity to fill the supply-demand gap resulting from the declining performance of its coal-fired fleet of power stations, and the delays in the DMRE’s public procurement processes.

The previous Coal Baseload IPP Procurement programme launched in 2014 failed as, one by one, banks pulled out of funding the Thabametsi and Khanyisa coal-fired power projects which had been announced as preferred bidders by the DMRE’s IPP Office in 2016, amidst growing opposition to new coal-fired power from financial institutions and civil society.

However, inexplicably, the DMRE and its IPP Office appear to be pressing ahead with a new procurement process, commencing in the first quarter of 2022, for 1500 MW of new coal-fired power in South Africa, despite every indication that this cannot be financed.

A new study report released today by the Energy Systems Research Group (ESRG) at the University of Cape Town has found that the DMRE’s plans to procure this 1500 MW of new coal-powered electricity will cost at least R23-billion more than a least-cost optimal electricity plan for South Africa, and will result in 25 000 economy-wide job losses by 2030.

In addition, the DMRE’s plan to procure 1500 MW of new coal-powered electricity generation will increase greenhouse gas emissions to levels which are incompatible with South Africa’s commitment to reduce its emissions under the Paris Climate Agreement.

Even in meeting SA’s less ambitious and inadequate target of 420 MtCO2e, to which it has already committed, power system costs for South Africa would increase by R74-billion compared to an optimised electricity system without 1500 MW of new coal-fired power.

The expert analysis by ESRG investigates two scenarios to assess the consequences of building the new coal capacity targets contained in IRP 2019.

The second, or climate policy scenario, assumes that South Africa has revised its Nationally Determined Contribution (NDC) to be compatible with the global goals contained within the Paris Agreement to limit warming to well below 2°C and pursue efforts towards 1.5°C.

An addendum also models the impact of building this 1500 MW of new coal-fired power in light of the recently revised stricter emission targets in the NDC of September 2021.

“Our modelling shows that under the two scenarios tested, new investments into coal-based power generation are costly and unnecessary for South Africa. Building the planned 1500 MW of coal-fired power would both increase greenhouse gas emissions and power system costs,” explains Jesse Burton, a researcher at ESRG and co-author of the study report.

In each scenario, the models were run with and without the 1500 MW of new coal capacity forced in, to note the differences in various indicators when new coal plants are included in the system relative to when coal plants are excluded from the power system.

The results were clear that forcing new coal into a plan which meets electricity demand consistently to 2030 and beyond would incur additional costs of at least R23-billion in the reference case, with job losses of around 25 000 by 2030 across the economy.

“Building new coal into South Africa’s electricity system will raise costs even when climate goals are not considered, and it also makes the achievement of the country’s fair share contribution to climate change vastly more expensive. If a new least cost plan were to be adopted, it would not contain any new coal power investments,” Burton says. “This is because building new coal plants, with today’s realities, simply does not make economic sense, when compared with more affordable, feasible and cleaner alternatives”.

“Proponents of new coal often argue that it is cheap, that it is important for jobs and that power systems require coal plants to provide reliable power. In fact, our investigation shows that coal power is no longer competitive or technically necessary, and that a high coal future actually leads to significant job losses in the country compared to a renewables-dominated build plan,” Burton says. 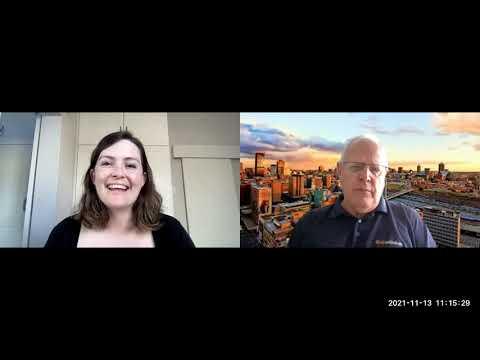