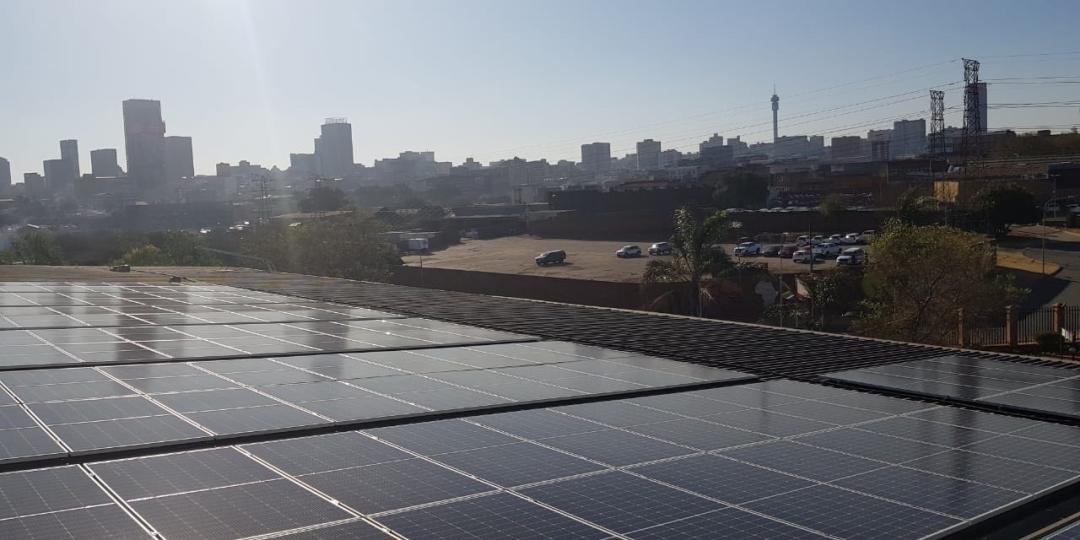 “This renewable energy initiative will contribute to BMG’s commitment to enhancing an eco-friendly environment by reducing the carbon footprint of its largest site. This installation will also significantly lower electricity costs at BMG World.

(PV) modules – which use daylight, not direct sunlight to generate electricity - are gaining popularity globally as a form of renewable energy that is clean, emission-free, sustainable, safe, and cost efficient. Planning for a solar system formed part of the major extension to BMG World in 2015. The new warehouse was designed to not only accommodate solar panels, but it was also aligned to ensure maximum solar panel efficiency.

“Our major reasons for transitioning to solar are fourfold – reducing the carbon footprint of our distribution site and head office and lowering costs, especially as the Eskom tariffs have been consistently increasing above the CPI rate.

“Deteriorating infrastructure in central Johannesburg has led to increasing and lengthy power outages and thus increased running costs. “Added to this is the inconvenience of regular load shedding - due to Eskom’s challenges to meet demand - which results in increased costs through running generators to ensure reliability of our supply chain.

“BMG’s conversion to green energy is being implemented in a phased approach. Phase 1, now completed, will allow BMG to run the main distribution facility and reception building on solar.”

In Phase 2, more solar panels will be installed on the BMG World structure and on the adjacent Fluid Technology and Mechanical Drives buildings. This project, which is expected to be completed by the second quarter of 2022, will mean that the entire BMG World campus will be running off solar during normal working hours.

Phase 3 will see further panels being erected on the new warehouse building, with the possibility of feeding this power back into the grid. This phase can only be implemented once legislation and local council bylaws permit. This agreement is currently under review and would potentially allow power generated by BMG World’s solar system to be fed to other BMG branches in the greater Johannesburg area.